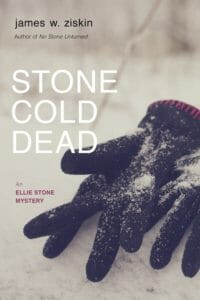 Ellie Stone is working hard to make a name for herself as a reporter at The New Holland Republic in small-town upstate New York. Ellie’s usual assignments consist of high school basketball games, society news, and city council meetings. But, at 2:00 AM New Year’s Eve, Irene Metzger shows up at Ellie’s door wanting help in finding her missing daughter, Darleen.

Darleen Hicks is a fifteen year-old junior-high student who missed her bus home ten days earlier on December 21, 1960. She has not been seen since. The police are convinced Darleen ran off with an older boy and have not been investigating her disappearance. Irene refuses to believe Darleen left voluntarily and is convinced that Ellie Stone is her only hope in finding her daughter.

Ellie starts her investigation by retracing Darleen’s movements and interviewing anyone who had contact with her on December 21st. When Ellie provokes some of the suspects who turn on her, she reaches out to the only two people in town who support her, her boss Charlie Reese and Sheriff Frank Olney. As Ellie recreates the timeline and follows every lead, determined to find out what happened to this girl she so closely identifies with, she unknowingly puts her own life in peril.

“Stone Cold Dead” is the third novel in the Ellie Stone Mystery series. Ziskin is masterful with his 1960s nostalgic descriptions and his portrayal of the difficulties for women in the workplace during that era. HIs smart and sassy protagonist, Ellie Stone, is far from perfect. Ellie is, however, liberated, impulsive, and has a personality with heart. The plot is solid with plenty of twist and turns and a powerful ending that will leave readers wanting more.