You are here: Home / Archives for 12 Scams of Christmas 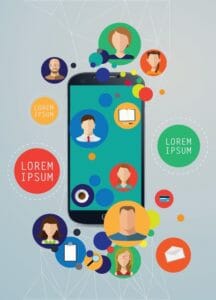 This is Week Three in my 12 Scams of Christmas countdown. In Week One, I covered Soggy Security and Mystery Shopper scams. Week Two covered those fake debt collectors and coupon scams.

Hot holiday deals were included in last year’s list, but that post was more about stolen and fake goods. Last year’s tip still applies because there are still plenty of disreputable vendors doing business in the wild. But, there are also plenty of hot holiday deal scams making the email rounds this year. One I’ve been seeing a lot of lately has to do with the “Shark Tank Greatest Product.”

Once again, the scammers are taking advantage of high visibility celebrities to make their not-so-great email offers more attractive. In this case, the email I received read:

The sharks all took out their phones and snapped this lens on and were blown away by how incredible the photos were. They were more vivid and 15x clearer. All 3 went in togeather for a record-deal.

Let’s ignore the typos in the message for a minute and remember that claims like this are simply a lure to drum up business for the scammer. The product may not be an outright scam, but the potential for fraud is high. So, when looking at hot holiday deals, it’s definitely a case of buyer beware. It’s far better to sacrifice a better price for a more reputable vendor and product.

Apple recently purged thousands of apps from the App Store. Why? The apps weren’t up to today’s standards. In the past, Android apps were riddled with malware. While the situation has improved, a security company recently disclosed a new incidence of the problem. The “Dress Code” malware, which made it into about forty apps, has now been downloaded around a half million times. That’s a lot of infected phones.

It’s unrealistic to expect anyone to completely protect themselves from malware on a phone. After all, it would mean never downloading an app, connecting to a website, or opening an email. So, for those who want to actually use their phones, the best solution is to be cautious. Download apps from reputable sources such as the App Store or Google Play, only connect to trusted websites, and never click a link in an email that comes from an unknown source.

Smartphones are no different from a laptop or desktop computer. They require the same kinds of security precautions to avoid a not-so-merry surprise. 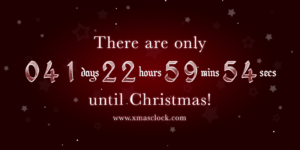 I just realized there are 41 days left until Christmas. It’s a scary thought. Where did the year go? Better yet, what will the end of the year bring? One thing is certain, the holiday season will bring out scammers. With that in mind, here are the first two entries from this year’s “12 Scams of Christmas” list.

’Tis the season for bad little hackers and scammers to take advantage of your computer’s outdated apps and programs. Software updates can be a major pain, but they’re a necessary part of maintaining a healthy computer system. Let the updates go and your computer becomes much like an old pair of socks with a hole or two.

Here are three tips to help keep your holidays merry and bright while ensuring your electronic devices run smoothly.

Who wouldn’t like to have a little extra cash for the holidays? If you happen to be one of those people who doesn’t mind the crowds, consider a part-time job as a mystery shopper. Just remember, these  part-time jobs can be a great way to make money, or an expensive mistake.

Want to get paid to shop a massage? Done! Eat haute cuisine? Stay at fancy hotels? No problem. All of these opportunities are open to the mystery shopper. But, mystery shoppers do not typically make a lot of money. Nor do they get paid in advance to make purchases.

One popular twist on the scam involves an assignment to evaluate money transfer services such as Western Union or MoneyGram. Often, a fake mystery shopper service will charge a fee for training or registration. This should be a warning sign that you’re being scammed. For more information on how to become a mystery shopper without getting scammed, visit SecretShopper.com.