You are here: Home / Author Interviews / Behind the story of Two Bites Too Many by Debra H. Goldstein
Spread the love 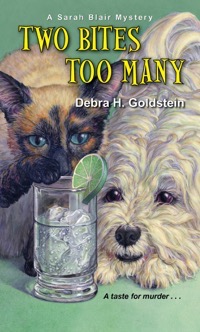 Debra H. Goldstein has been an attorney, a judge, and is now an award-winning author. In addition to her Anthony and Agatha award nominations for her short stories, Debra now writes the Sarah Blair Mysteries. This is the story behind her latest in that series, Two Bites Too Many.

The beginnings of Two Bites Too Many

When her first two books were orphaned, Debra said she knew she wanted to write a cozy mystery. Unfortunately, she two of the main themes in cozies aren’t in her wheelhouse. She doesn’t like cooking and says she’s terrible at crafts. Fortunately for Debra, Birmingham, Alabama, where she lives, has become a foodie go-to place sparked by the creations of several master chefs. “I decided there had to be other readers out there like me – which hatched the idea of a protagonist who finds cooking from scratch scarier than murder. So, mixing my clueless fearful chef with some of our local chefs, who studied under Birmingham’s James Beard winner or worked in various Michelin star establishments, gave me the catalyst for my story. When I added the challenges many of them face starting restaurants from scratch, I had the seed for Two Bites Too Many.”

Debra said that although the goal for Two Bites Too Many is for the reader to have a fun experience, she wove several issues into the book: economic development, the importance of animal adoption, and how love and protection of family outweighs other concerns.

“For example, the protagonist, Sarah Blair’s, twin is trying to get a restaurant off the ground, but she is running into numerous roadblocks with a zoning change, permits, supplies, and financing. To ‘get it right,’ I spent hours with local restaurateurs and economic development people to learn what rules apply to restaurants, what problems often occur, and how loan applications are evaluated. I was particularly struck by how pragmatic one must be in opening a restaurant.

“One young chef, who recently struck out on his own was limited in the amount of money he had to invest. Consequently, he carefully weighed every decision he made. He used the natural brick of the walls, a few blown up family pictures, including one of four boys obviously coming from the local fishing hole, and simple wood tables and chairs to give a relaxed Southern flavor to the restaurant. He sunk his money into top notch kitchen appliances. Because I knew he had limited funds, I asked him how he decided to allocate his money for appliances, fixtures, and other things he needed to create the atmosphere and food he has achieved. He pointed to a chandelier that fit perfectly over the bar. ‘That’s an example of making a choice between a $150 investment and a $1000 one. When the lights are low and the drinks are flowing, no one looks up and notices the difference. If I didn’t put my money and effort into the quality of the food I serve, they would.’ I thought his observation was so smart, I worked it into Two Bites Too Many.” 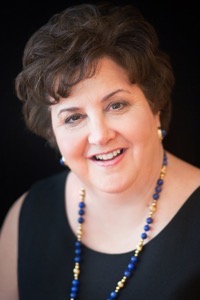 “I want prospective readers to know I only write the kind of books I enjoy reading – and hope they do, too. My books are laced with reality in that after spending years on the bench as a judge, I really do believe cooking from scratch is less frightening than murder. That said, the recipes in my books, including Jell-O in a Can and Sarah’s Sweet Potato Puffs, can be made by a cook with even my limited talents. I also understand twins because even though Sarah and Emily are twin sisters and I am the mother of boy-girl twins, I’ve had a home laboratory to study their similarities, differences, and interaction.”

“I don’t, or should I say didn’t, know anything about cooking when I began this series. Growing up, my sister, who is now a gourmet cook, shadowed my mother when she made dinner every night. I plopped myself in front of the TV at five p.m. to watch Perry Mason re-runs. At 5:15, I emptied the dishwasher; 5:30 was set the table time; my dad came home at 5:45, so I said ‘Hi,’ and we ate right after the show’s last scene. Consequently, to write this series, I had to rely on the kindness of my culinary friends to teach me about their professional kitchens. One particularly enjoyed walking me through a very cold narrow room. We entered on one side and came out a door on the other. As she explained, this was a walk-through freezer. If it hadn’t had doors on two ends, it would have simply been a freezer. Duh.”

“Beginning with my days as a lawyer, I always believed in hands on research. Although all my escapades haven’t ended up in my books, yet, I’ve gone underground in coal mines, shadowed veterinarians, played doctor for a day in my own white coat (no patients were touched), interviewed motorcycle enthusiasts and held on for dear life when they took me for rides, explored a number of professional kitchens, climbed on top of coke ovens at a steel plant, played in a weekly Mah jongg game, and almost went head over heels off a second floor balcony when a screen door came off in my hand and started falling forward (it took everything I had to hold it in place until a friend could react and help me wrestle the door back toward our balcony’s wall). So, there isn’t one crazy, funny, enjoyable thing I’ve done because my life research has the same adventures and humor that show up in my books.”