Everyone who’s heard of the Road to Hana has the same impression. Terrific view, awful road. It’s not that the road itself is bad, it’s that it winds along the coast of Maui and sometimes drops down to one lane. When we went on a tour, our bus came nose to nose with a local in a small car, and she refused to back up because tour busses are not well-liked on this side of Maui. However, views make it one of those places visitors absolutely must see.

Recently, one of my cousins went to Maui and Kaua‘i. She has some great photos of her trip and this is one of them.Does’t this look like one of those places where you could sit for a few hours and contemplate the waves? Forget your cares, just say I’ve gone to Maui. 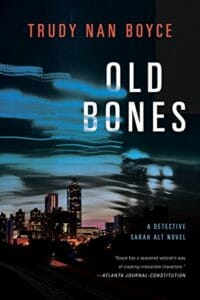 A timely and penetrating mystery about the intersection of policing, racism, and the community—set in a city at its boiling point—from an author who’s been in the trenches and seen it all.

A senseless act of violence.

During a vigil calling for police reform, students from Spelman College, a historically black women’s institution, are assaulted by rifle fire from a passing vehicle. On her way to interview witnesses, Detective Sarah “Salt” Alt confronts the fleeing vehicle of the suspects, but they get away.

A city in turmoil.

While other detectives take the lead on the Spelman murders, Salt is tasked to investigate the case of a recently discovered decomposed body. When she combs through the missing-persons reports, it becomes clear the victim is a girl Salt took into custody two years before, and Salt feels a grave responsibility to learn the truth about how the girl died. But before she can pursue any leads, Salt is called onto emergency riot detail—in the wake of the assault on the Spelman students, Atlanta has reached the boiling point.

In a city burdened by history and a community erupting in pain and anger, Salt must delve into the past for answers. A gripping and astute story about what it means to serve and protect, Old Bones solidifies Trudy Nan Boyce as an evocative, authoritative voice in crime fiction.

Old Bones nails the issue of racism and portrays the real life of a police officer. The well-developed characters drive the plot forward, and two storylines maintain pacing throughout. However, the story’s focus is more on process than suspense. Police procedural genre fans will enjoy the consistent use of street language and police terminology, but the terms may also confuse those who are unfamiliar with them.

There are references to Detective Alt’s past and the need for her to have a psych evaluation to decide whether she is fit for duty, but there is no background provided for the references.

If you take the Road to Hana tour, the Keanae Peninsula view will be an early stop. In addition to there being good facilities, this large park offers a huge grass area to walk or relax—assuming you’re not on a tour and pressed for time. If you don’t get to go, I hope you  enjoy this view. Be sure to click the photo to see the larger size!

Print Recipe
Roasted Brussel Sprouts
There's no reason to hate Brussel sprouts any longer. These come out tender and tasty and are a perfect complement to a light fish such as salmon or mahi-mahi.

Share this Recipe
Print Recipe
Maple & Mustard Glazed Salmon
This versatile recipe is a great way of spicing up salmon and adding a little variety to the dish. Serve with veggies and sliced fresh fruit for a light and healthy meal. Prep Time: 15 min Cook Time: 30 min Serves: 4

Instead of baking, the salmon can also be broiled or barbecued. Serve with vegetables and fresh fruit such as mango or pineapple. 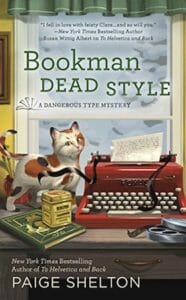 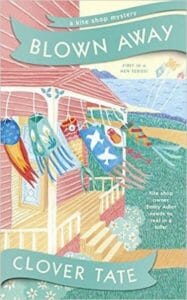 How to enter the Double Trouble Contest

If you leave a comment on either or both interview posts (not on this announcement) and are selected as the winner, you’ll not only win both books, but also a $5.00 Starbucks gift card.