You are here: Home / One Step Ahead - Featured / Click4Support scam shut down by FTC
Spread the love 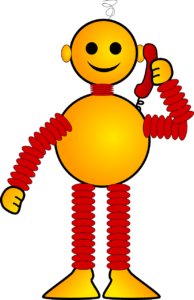 On November 13, 2015, a tech support company operating what’s being called the Click4Support scam was shut down. The shutdown was a cooperative effort between the states of Connecticut and Pennsylvania, and Federal Trade Commission (FTC). There are plenty of other scams like this one out there. That makes the methods used in the Click4Support scam to bilk consumers out of $17.5 million worth paying attention to.

In March 2014, I wrote about a company called TechResolvers. In the TechResolvers scam, the company used a robocaller to reach out to consumers. The Click4Support scam used an ingenious system of popup ads and internet advertisements to convince people their computers were infected with a virus. By pretending to represent Microsoft, Apple, and other major tech companies, the company gained instant credibility. TechResolvers did the same sort of thing by claiming to be a Microsoft Gold Partner.

Defendants in the Click4Support scam case

Tips to avoid the Click4Support scam and others