You are here: Home / Author Interviews / Behind the story of Don’t Look Down by Hilary Davidson
Spread the love 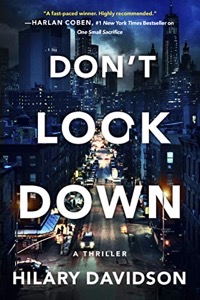 Hilary Davidson is the bestselling author of One Small Sacrifice and the winner of two Anthony Awards. Her novels include the Lily Moore series and the standalone thriller Blood Always Tells. A Toronto-born travel journalist who’s lived in New York City since October 2001, she’s also the author of eighteen nonfiction books.

It begins with the characters

“For me, the story always starts with the characters, and issues in the book spiral out from there. I don’t think I’m making an argument, exactly, but there are subjects that interest me—usually ones with no easy answers—and I like to explore those. Something that’s on my mind a lot is the issue of justice and how unequally distributed it is in our society. I also think a lot about how race and gender and wealth affect that distribution of justice. Don’t Look Down revolves around the murder of a man who was blackmailing a woman; early on, the reader learns that the woman, Jo Greaver, was trafficked as a teenager. Jo is a tough character, and at the beginning of the book, the reader encounters her bringing a gun to a meeting with her blackmailer. But even if the reader doesn’t like Jo, it’s hard not to sympathize with what she’s been through.

“There are also subtle ways the questions about justice come up. For example, there’s a scene in Don’t Look Down in which Jo’s lawyer tells her to plead guilty, telling her that there’s no other way out of jail. In reality, there are so many people who’ve been forced to do this, and suspects who maintain their innocence sometimes end up waiting in jail for more than a year for trial.”

Hilary also said she’s interested in exploring issues involving law enforcement. For this book, Hilary brought back NYPD Detective Sheryn Sterling from last year’s One Small Sacrifice. “Sterling is an incredibly brave, dedicated cop, but she’s also an African American woman and a mom of two, and her teenaged son gets into trouble with the police for a nonviolent political protest he joins. It’s painful for Sterling, because she trusts her lieutenant and police partner and others she works with on the NYPD, but she’s also aware that some cops have a very different outlook.”

And then things get complicated

For Don’t Look Down, Hilary started with the idea of a young entrepreneur who’s being blackmailed, and how perfect her life might look on the outside—and on social media—while she’s dealing with turmoil. “I’m fascinated by the distance social media has actually created between people. There’s this strange pressure to make your life look perfect for strangers, when we all know that’s not how things are. There used to be a kind of charm in dealing with difficult situations with aplomb, whereas now, we’re supposed to pretend those difficult circumstances don’t exist. It’s a kind of scrutiny that celebrities and royals had in the past, that normal people are choosing to put themselves through.

“I was also thinking about people who come out of really painful, difficult, heartbreaking situations and choose to do good in the world. But that dark past can be a kind of prison, especially if you can’t tell the truth about it to other people, because you need to keep up your perfect façade. I started thinking, what if a character had had to commit a crime to get herself out of a terrible situation, and she’s still paying for that years later? And that was how Jo Greaver was born.”

“I started out as a journalist, and that training and work still influences everything I write. Even though I’m writing fiction, I like it to be grounded in reality as much as possible. You can’t be 100% factual — for example, blood-alcohol tests take months to complete, and no one wants to wait that long for results in a novel — but overall, I like to stick to the real world. The characters and the plot are invented, but the settings I write about are generally places you could visit, and I like to work real-life details into my books as much as possible. 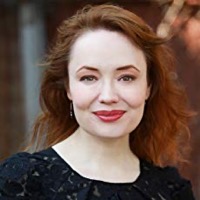 Hilary often writes about women who have experienced trauma. She believes part of the reason for doing this is because of a tragic incident on her first job out of college. “The short version of the story is that I was a victim in a workplace violence incident in which a man tried to kill everyone in my office. I wasn’t physically injured, but I suffered from PTSD afterwards. I found it very hard to talk about. Everyone knew about what had happened, because it was on the news, but I didn’t want to talk about how I felt afterwards—how I would be on the subway and think someone reaching into a bag was reaching for a gun—because it made me feel weak. It was incredibly isolating. It took me a long time to get to a place where I could talk about it, and write about it.”

You want me to do what?

“I have done so many wild things in the name of research, but the craziest one was writing a feature about scuba diving for a science magazine. It started with me pitching a story about astronaut training—of which scuba diving is a part, since it’s as close to weightlessness as you can get on Earth—but when the editor found out that I hated swimming and was afraid of the water, he assigned me a feature story about learning to dive. I was completely terrified, but I went for it. I ended up getting certified and diving shipwrecks in the St. Lawrence River. It was a crazy way to conquer that fear. Everything I’ve done since then — from shooting at a gun range to hanging out in a morgue — has seemed tame by comparison!”