You are here: Home / Author Interviews / Behind the story of Lavender Toes
Spread the love 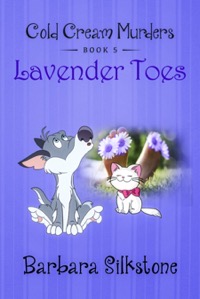 When Barbara began writing Lavender Toes, she didn’t understand the importance of honey bees to the world’s food supplies and production. Now, all that has changed.

In Lavender Toes, Olive Peroni and Lizzy Kelly are partners in Nonna’s Cold Cream—a beachside shop in the charming town of Starfish Cove, Florida. Barbara said, “The essential ingredient in Nonna’s miracle cold cream is honey derived from Digby’s bees. Even more important is the special honey produced by the Soprano bees. Those little buzzers create the super-secret ingredient that changes the miracle cold cream into magical cold cream—able to erase wrinkles overnight.

“Until my character Olive discovered the need for Digby’s bees, I had only a passing knowledge of how valuable bees are in keeping the world fed. I’d thought I’d alert my readers to our need for bees. Honeybees both wild and domestic perform about 80% of the pollination in the world. A single bee colony can pollinate up to 300 million flowers each day!”

Barbara added that bees pollinate seventy of the top 100 human food crops—which supply 90% of the world’s nutrition. Those crops include fruits, nuts, vegetables, and coffee. “The honeybee population is less than half of what it was in the 1950s. If those little buzzers die off, we die too. Plus, they are dying at an unsustainable rate. I can do without some foods, but coffee? Oh, no!”

Barbara offered dos and don’ts for people who want to help:

“There are a hive of things that are killing off our little friends: habitat loss, disease, climate change, and a new class of pesticides,” Barbara said. “Neonicotinoids were first used in the early 1990s, drastically increasing the demise of honeybee colonies. People can also help by protesting chemical companies who manufacture and sell neonicotinoids. These products were banned in the European Union in 2018 unless they are being used in a closed greenhouse.” 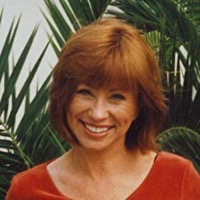 “The craziest thing I ever did in the name of research was to set out across the country interviewing men about women. After surviving a short marriage and a brutal divorce during which I lost all my previously owned assets, including my lovely house on the bay in Florida, I set out on a quest for answers why I didn’t see the train bearing down on me. Had I been blindly in love or just gullible?

“I wanted to find out what made men tick. Surely there were some nice guys out there. My plan was to interview 1,000 men in one year—one on one, alone in their man caves, where they would share their deepest secrets about women, love, and heartbreak.

“I had no idea the guys would talk so much. It was in the sixth year of my adventure that I gave up. I met with just over five hundred men and listened without comment to their tales. I could go no further. If I had to listen to one more story, I would scream. Possessing a real estate license isn’t sufficient armor against the army of angst.”

Barbara boiled down her research into a short book called The Adventures of a Love Investigator. After that experience, she said, “I curled up in my woman cave and vowed to stick to writing comedy.”