You are here: Home / Author Interviews / Behind the story of The Wipeout Affair
Spread the love

Rachel Neuberger Reynolds is the author of the Red Frog Beach Mystery Series. The Wipeout Affair is the second book in the series. Rachel is also a playwright. Two of her plays have been produced in recent years.

The beginnings of The Wipeout Affair

Rachel said she had a clear vision of what the second book in the series should be, “Lexie (the main character) returns to the tropics to live. With the owner of the surf camp, they come across a dead body and have to solve the crime.”

That plot idea was almost derailed by Rachel’s agent at the time, who felt the second book should follow the same theme as the first. “The agent’s idea was to have all books in the five-book series be focused on weddings since the first book was about a destination wedding gone horribly wrong. I came up with the idea for a ‘Battle of the Brides’ that I was never comfortable with. I don’t know whose idea was correct, but I felt strongly about going with mine. I had to follow my gut.”

“There are two issues I subtly deal with in The Wipeout Affair,” Rachel said. “The first is the personal issue that a woman’s priority should be coming into her own and establishing herself in a new community well before she jumps into a romantic situation. Many women jump into a relationship as soon as they can after becoming single for a new time. When one is confident with themselves, only can they thrive in a healthy relationship.”

The second issue is one that Rachel didn’t address consciously. In fact, she said it wasn’t until her second draft that she realized she was addressing our obligations to the environment. “I have enjoyed visiting the islands of Bocas del Toro and have been impressed by the attitude towards sustainability. Issues range from the serious to comedy: saving the reefs in response to global warming, solar panels and solar panels, solar (mediocre showers), the attempt to conserve electricity with the semi-promise for lights only after 5pm. More comical aspects are the constant disappointment of dissolving paper straws in drinks, the non-brilliance of bamboo toothbrushes, and the compulsion to only use receipts to blot lipstick.” 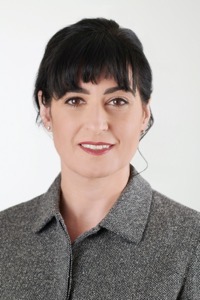 A labor of love

“These books are a labor of love, and not based on commercial success (to my detriment). ‘Close to the heart’ is the case of many cozy writers, which is why my cozies can be a bit of a challenge when marketing. While I thought I was writing pure cozies, some folks think it’s too much cross-genre with dramedy or chick-lit. Books in the series take much longer for me to write. I am proud of them, and I am not disparaging more pure cozies. As they say, different strokes for different folks.”

Rachel also said she thinks she sometimes spend too much time on character development. “It can definitely slow down the action in the book, so this is something I, along with my fantastic editor, work on in the first few edits. I need to roll back the tangents!”

With a strong devotion to research—Rachel finds it difficult to release books rapidly. Still, she does love research. “It probably stems from the fact that my mother was a research librarian. Subjects I’ve spent far too much time on include shark attacks since 1900 in the Caribbean, 15th-century saints, and marine biology.”

The accuracy bug even caught Rachel when she went looking for a map of the area. “I’ve never found a map of the archipelago I’ve been satisfied with; beaches, islets, hotels, restaurants. Nothing was complete enough, so I took it into my own hands and created my own comprehensive map.”

Rachel added that she would be happy to share her map. If you’d like a copy, or if you’d like to learn more about her, go to RachelNewberger.com.