You are here: Home / Author Interviews / Behind the story of When It’s Time for Leaving
Spread the love 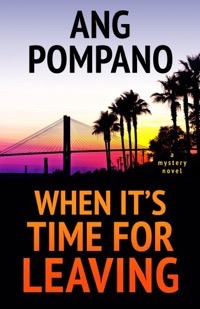 Ang Pompano has taught, and is now writing, detective fiction. His mystery novel is titled, When It’s Time For Leaving. Here is the story behind the story.

The genesis of When It’s Time for Leaving

:I wanted to explore what happens when a person’s plans are changed by some outside force, a.k.a Life,” said And. “I thought it would be interesting if Big Al turned his detective agency over to his son just when the younger Al was down and out. Is the old man being supportive or controlling? And how would being forced into becoming his sick father’s advocate effect the younger Al’s traditional male values?”

When It’s Time For Leaving is first and foremost a mystery novel. But, as a teacher for thirty-five years, Ang had seen many kids who had issues stemming from “scofflaw fathers.” He said, “I wanted my protagonist to be a decent guy who was carrying a resentment because his father disappeared when he was 8 years old. I wanted to show that while it’s natural to harbor resentment, it doesn’t mean that you have to let it consume your life.” 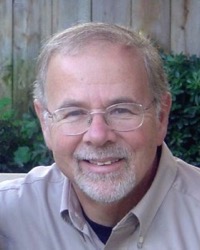 To write, or not to write—so many options

“I love writing,” And said. “I love how the words come together as I put them on paper. But, writing is not easy for me. I’m not disciplined enough to sit down and write a predetermined number of words every day on a set schedule. I’m easily distracted. I’m like the dog who is having a good time chasing a ball and then all of a sudden it’s ‘Oh, look! A squirrel!’ And I’m off. That may be why I write late at night. So many less distractions.”

And added that he threw his watch away when he retired from teaching. “Sometimes, I have an idea in my head all day before I write it down. I might spend hours walking with my wife, playing with my grandkids, doing yardwork, or hanging out with friends. Then late at night the words will start flowing.”

What writer doesn’t love research? Ang is not one of those. “I spent hours learning all about the Okefenokee swamp for example, even though only a little of it ended up in the book. And that’s because I’m not writing a travelogue. The reader is there for the mystery, if I really know what I’m talking about, I want to give you the flavor of the setting with a sentence or two without overshadowing the mystery.”

What the heck is Gephyrophobia?

When It’s Time for Leaving is set in Savannah. And had been there many times in his youth, but it had been a while since his last visit. During one recent trip to Savannah, he remembered an old bridge over the Savannah River.

“It was big and scary,” Ang said. “The new bridge is even bigger and scarier. I knew that bridge had to be in the book, so I gave Al Gephyrophobia, a fear of bridges, due to a shoot-out he once had on an overpass. One day I drove over the bridge five times just to get a feel for it as I tried to imagine how someone with a fear of bridges might feel going over. By the time we had to make the sixth trip to get back to the hotel, I think I’d convinced myself that I had Gephyrophobia. I had my wife drive back. I hear they are going to make an even bigger bridge soon. I hope Al gets over his fear by then.”