You are here: Home / Author Interviews / Behind the story of Galliano Gold by Traci Andrighetti
Spread the love 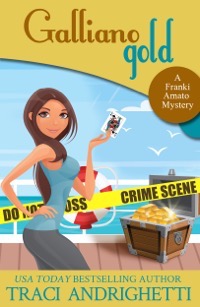 Traci Andrighetti is the USA Today bestselling author of the Franki Amato Mysteries and the Danger Cove Hair Salon Mysteries. She’s been an award-winning literary translator and a Lecturer of Italian at the University of Texas at Austin, where she earned a Ph.D. in Applied Linguistics. As she puts it, she then “got wise and ditched that academic stuff” for a life of crime writing. Her latest Franki Amato Mystery is titled, Galliano Gold.

The beginnings of Galliano Gold

In each Franki Amato mystery, Traci likes to showcase a different aspect of New Orleans. Having taken three trips on the Steamboat Natchez, she decided it was time to do a Mississippi River haunted steamboat book. “Most people don’t realize that there are a number of steamboats still operating on the Mississippi, and they’re such an interesting part of our history that I thought they would make a unique setting for a cozy mystery, hence Galliano Gold.”

Traci also said the Franki Amato and Danger Cove Hair Salon books are primarily escapist fun, but she does  write with a purpose. “The message isn’t intentional, though—it’s just who I am. You know the old cliché don’t judge a book by its cover? Well, that’s how I feel about people and even cities like New Orleans, where the Franki Amato mysteries take place. To give you an example, Franki’s landlady. Glenda, is a sixty-something ex-stripper who dresses like she’s still onstage. While ‘society’ would generally tend to look down on Glenda, she’s so worth getting to know because she’s smart, confident, and full of surprises. And if I had to pinpoint the one thing that I’m proudest of about the series, it’s that Glenda is usually my readers’ favorite character (the other is Franki’s meddlesome Sicilian nonna).” 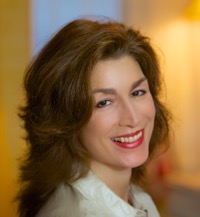 “I’m an extrovert,” Traci said. “I love to laugh and joke around, and I absolutely adore my three rescue dogs, Gigetta (Italian for “Gidget”), Vincenzo (aka Vinny), and Ciccio (the nickname for Francesco, which also means “chubby”). As for my books, my friends tell me that they read exactly like I speak, maybe because the Franki Amato mysteries are based on my own life and adventures in New Orleans. No, I was never a PI like Franki, but I was recently recruited by a tech company to handle requests from Italian police for information on criminal cases. So, I’m now a crime writer and a crime fighter. So funny how life works out!”

“I have dealt with personal challenges during the writing of most of my books. I mean, who’s not dealing with some sort of crisis or other? For Galliano Gold, the hardest thing was that I lost my sweet dog, Fabiana (Fabi), to congestive heart failure right before I started writing. I missed (and still miss) her terribly, so I went to my local animal shelter intending to get an older dog and came away with a puppy (Ciccio), who had been brought in that day as a stray. He had Fabi’s same wheaten terrier fur, so I signed the paperwork to adopt him on the spot. Anyway, the difficulty became dealing with a really rambunctious and non-housebroken puppy while I was trying to write. Ciccio is not a terrier mutt, he’s a ‘terror’ mutt, LOL”

“When I was writing Campari Crimson, the fourth book in the Franki Amato mysteries, I wanted a Halloween/vampire theme. So, I went to New Orleans and took Haunted History’s vampire tour to learn about the local vampire legends, and there was a woman on the tour from New York who had prosthetic fangs. That’s when I learned that there are people who actually live as vampires, and the plot for my book was born. The discovery led me to the Boutique du Vampyre in the French Quarter and the owner’s secret vampire speakeasy. But I won’t say any more about that. I want readers to discover those places for themselves—if they dare…”