You are here: Home / Author Interviews / Behind the story of Remembering the Dead by Elizabeth J. Duncan
Spread the love 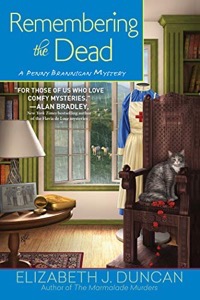 No stranger to issues

While some mystery authors cringe at the mention of serious issues, Elizabeth seems them for what they are—an opportunity to create human tension that captures the imagination. “The idea for Remembering the Dead started to come together as I learned more about the World War 1 Welsh poet Hedd Wyn, and the iconic chair that was awarded posthumously to him at the 1917 Eisteddfod, a national Welsh celebration of the creative arts. The plot is centred around a dinner held to mark the hundredth anniversary of the end of World War 1, and several conversations in the book touch on the futility of that war. So many lives lost – for what?”

In previous books, Elizabeth has tackled the subject of Lesbianism in A Brush with Death. “Although not illegal in the UK in 1960s as homosexuality was, it was something two women had to keep secret,” Elizabeth said. She also tackled arranged marriages and how they are used to acquire the right to remain in the UK (Never Laugh as a Hearse Goes By), domestic abuse and counterfeiting of designer items (Slated for Death), squatters (Murder is for Keeps), and lack of understanding around transgender issues (The Marmalade Murders).

“My goal is to provide entertainment and reading pleasure,” Elizabeth said. “So, these issues are not the focus of the books, but they do provide contemporary context and contribute to the back story of a character which in a couple cases drove motive. I hope my books are a pleasant way to spend a rainy afternoon. With a cup of tea and a couple of lovely biscuits, of course!” 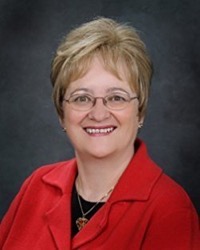 A love of writing this series

“I want readers to know how much I enjoy writing the Penny Brannigan mysteries, and how grateful I am to every reader,” Elizabeth said. “It takes me to Wales for five months each year, and everywhere I go I see something new, try something different, or revisit much loved places and connect with dear friends. I know there are a lot of books out there; readers have lots of choice. Thank you for choosing my book.”

When asked about what she’s done to research her books, Elizabeth said the biggest challenge she faced was going down a slate mine – twice – to research Slated for Death. “I don’t like enclosed spaces, I was really uncomfortable, and I was desperately wishing I’d chosen another setting, but it was too late. In the end, though, it was educational and I came away with a terrific respect for the men who spent their entire working lives down there. I was glad I did it.”

Of course, research isn’t always about going places you don’t want to go. Sometimes, it’s all about indulging. “The most enjoyable aspect of research is eating delicious British cream teas. Got to get those scones right!”