You are here: Home / Author Interviews / Behind the story of A Night’s Tail by Sofie Kelly
Spread the love 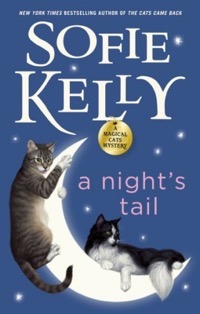 The beginnings of a night’s tail

The inspiration for a novel can strike an author at any time. In this case, the inspiration for a night’s tail came to Sofie while she was reading about the business of, strangely enough, football. “I like to watch football. I was reading an article about the salaries of NFL players and the author mentioned the discrepancy between what players in the NFL and in the CFL—the Canadian Football League—are paid. According to the Toronto Sun, in 2018 the CFL’s minimum salary—excluding bonuses and incentives—was $54,000. That was all it took to pique my interest. I started reading more about the CFL and about Americans who had played in the league and the character of Lewis Wallace was born.”

“Like all my other books,” Sofie said, “a night’s tail emphasizes my belief that family is more than a genetic connection. In the book, Kathleen Paulson’s brother, Ethan, is visiting her for the first time since she moved to Minnesota. She realizes how much she’s going to miss him when he goes home and how much she misses her parents and her sister. They are all Boston-based and she’s in Minnesota. But Kathleen also recognizes that she’s created a ‘family’ in Mayville Heights and these connections are just as meaningful.” 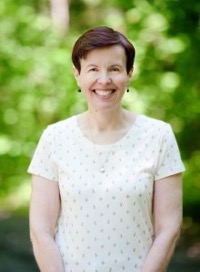 Phobias can be a writer’s friend

“I’m claustrophobic,” Sofie said. “It’s a quality I gave to my main character, Kathleen. I keep putting her in circumstances that force her to face her claustrophobia—not deliberately, it’s just the way the stories evolve. In one book Kathleen was trapped in a cramped, dirt floor basement. In another she was pushed into an old well. She’s had to climb through a coal chute to hide from a murderer and in the latest book she has to make her way up a small ventilation shaft, in the dark, after she’s trapped in a room with no windows. Once I put her in these circumstances of course I have to research the places and I end up giving myself nightmares!”

Research can be a painful experience

“The most enjoyable thing I’ve done in the name of research is spending the afternoon at a cat show. There were cats everywhere and some of the nicest people I’ve ever met. I’m going back next year. I’ve also had some crazy conversations at the hardware store because I’ve been researching a way to restrain someone. And I accidentally lost some hair when I got my husband to duct tape me to a chair for research.”