You are here: Home / Author Interviews / Behind the story of The Great Jewel Robbery
Spread the love 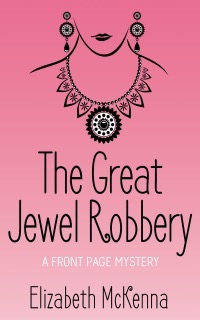 Elizabeth McKenna is the author of multiple romance novels. The Great Jewel Robbery is her debut cozy mystery, and she hopes readers will like it as much as they have enjoyed her romances.

“The book I wrote before this one, First Crush Last Love, was so full of angst, pulled from my teens and twenties, that I needed to write something light and breezy,” Elizabeth said.

“The one thing I try to do with all of my books is to make sure that the plot and the characters’ actions are logical or at least understandable. I don’t want convenient things to happen to move the plot along. For example, an early draft of this book had Emma leaving a gala and going to a rooftop terrace with a man she had just met—alone. I’m not sure what I was thinking, as I am constantly telling my college-aged daughters to never, ever go anywhere alone at a party, nightclub, etc. A beta reader said her inner mom was screaming at Emma, and she was right. So, I changed the scene to include other people on the terrace.”

A change in plans

In the early summer of 2018, Elizabeth was working on a dark mystery inspired by Agatha Christie’s And Then There Were None, when she read that Hallmark Publishing was accepting unagented submissions.

“As an independent author and a fan of the Hallmark Channel, I thought, how cool would that be? I checked out their writing guidelines for mysteries, did some brainstorming with my family, and started writing The Great Jewel Robbery. Because Hallmark’s deadline was only a few months away, I decided to set the story in a mansion on Geneva Lake, which I live near. I chose reporters as the occupation of the main characters because I have a Journalism degree and it was something that I was familiar with. I love to research, but I also believe you need to write what you know to some extent. Beyond that, I guess I channeled every mystery TV show that I’ve seen and book that I’ve read. You will find me watching Matlock, Columbo, Monk, Psych, and Law & Order whenever I have a spare moment (drives my husband crazy).” 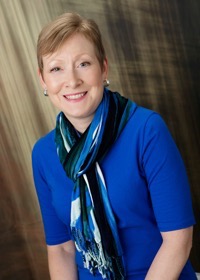 An introvert in an extrovert’s world

“It’s hard to tell you anything about myself because I’m an introvert,” Elizabeth said. “I find writing and marketing a book extremely challenging. I put a lot of myself into my characters, and when a reader doesn’t connect with them—and writes a bad review—it hurts. It used to hurt a lot more, but I’ve toughened up over the years. Besides that, I, like many women, wear many hats throughout my day. I’m a wife, mother, cook, maid, freelance editor, and writer to name a few. I consider myself blessed for the life that I currently have, though sometimes I have to count those blessings to get through my day.”

Elizabeth also said that with the exception of her first novel, Cera’s Place, she wrote the manuscript, sent it to her editor, and then published it. “I asked for very little feedback from others because it just goes against my nature. It’s too personal. However, with The Great Jewel Robbery, I was trying to meet Hallmark Publishing’s deadline, and I am a slow writer. I calculated I would need to write at least one thousand words a day—something I’ve never done.

“That obstacle made me ask for help. As I finished each chapter, I sent it to my daughters and my husband to critique. My girls caught typos and grammar, and once I convinced them I wouldn’t be upset, they offered character and plot criticisms. My husband was extremely helpful with the big picture. He’s an engineer with a logical mind that I was grateful to take advantage of. Besides my editor, I also used beta readers, which I had never sought out before. Though I had to get over my reluctance to show others my initial drafts, the whole process worked out really well and made the story stronger.”

Because she was on a short deadline for The Great Jewel Robbery, Elizabeth’s research had to be done quickly. In order to get the setting correct, she and her family spent time at Geneva Lake in their boat. “We love looking at the mansions and choosing the ones we’d like to buy when we win the lottery. The Braun mansion in the story is based on Stone Manor, a real-life mansion on Geneva Lake built around 1900. When describing the Braun mansion, I incorporated many of the historical and architectural details that I discovered while researching Stone Manor.”