You are here: Home / Scams & Cons / Why does Amazon condone scam emails?
Spread the love 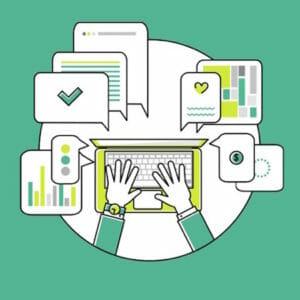 Why does Amazon condone phishing emails? You could substitute any big business name such as Apple, Starbucks, or Walmart, and ask the same question. Over the years, I’ve written about all of these companies and many more. From big banks to the Social Security Administration itself, they’ve all been the lure used by scammers. They, just like those who were taken in by the scams, were the victims. So, the question I often hear is why don’t they do something about it?

I know, the comparison seems crazy at first, but a third-party email is nothing more than one person posing as another. Some people go all out when they dress up for Halloween. Others, those who don’t have the expertise or commitment, aren’t nearly as convincing. We see right through their disguise and come away from the experience unconvinced.

A third-party email works exactly the same way. The sender poses as someone else. He doesn’t contact Amazon to ask for permission. He just does it. After the fact, Amazon may learn that someone has been sending emails using their logo and name, but by then the smart scammer has already moved on.

To use another analogy, phishing emails are a disease that can only be treated after it occurs. The same disease exists for authors whose books have been pirated (it’s happened to me, many times), victims of in-person scams, or any other crime.

The only thing Amazon can do is provide a mechanism to report the problem. They don’t want scammers impersonating them, but there is no way for Amazon to prevent abuse of their name or logo. If you’ve received an email and would like to report it, use this link to visit Amazon’s page for reporting phishing emails.