You are here: Home / Author Interviews / Behind the story of Murder She Uncovered
Spread the love 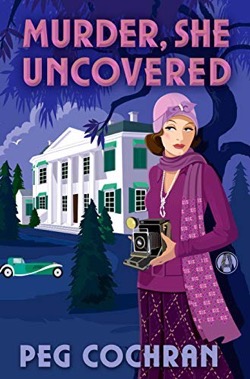 eg Cochran is the author of the Sweet Nothings Lingerie series (written as Meg London), the Gourmet De-Lite series, the Lucille series, the Cranberry Cove series, and the Farmer’s Daughter series. She’s an avid reader who began reading when her parents gave her a set of children’s encyclopedias. She read them all—and has even been known to read the dictionary. She discovered a love of mysteries at the age of seven when she discovered the perfect hiding place for a body down the street from her house.

The beginning of Murder She Uncovered

“I wanted to tie a story to some historical event, and when I read about the hurricane the Yankee Clipper—also known as the Long Island Express—I became fascinated. It was horrific and unexpected—the hundreds of people killed had no warning that the storm was coming.”

Peg said after she learned about the Yankee Clipper, she began thinking…what if? “What if a body was found in the wreckage of the storm and it became apparent the person was not a victim of the hurricane but of murder? That victim took shape in the form of a young Irish immigrant working as a housemaid for a wealthy family. The story grew from there.”

“The book is set in 1939 and so many issues came up while I was writing it—some planned and some unexpected. One is mental illness and how people with a mental illness were viewed and treated. Lobotomies were being performed because interestingly enough, the cause of mental illness was believed to be organic. The main objective of a lobotomy seemed to be to render the patient passive and compliant.”

Peg said another issue that interested her and made its way into the book was the plight of single females—particularly immigrants from Ireland seeking a better life—who had no real marketable skills. “They mostly depended on housework and factory work,” Peg said. “Both required long hours and low pay. My grandmother immigrated from Italy and worked in the garment industry in New York City so that’s where I placed one of my characters. Despite the efforts of the International Ladies Garment Workers Union, women still worked under hard conditions and for long hours.”

During her research, Peg discovered that abortion was an issue of the time. She said, “One of the characters is pregnant and unmarried and the only abortions available to women at the time were performed illegally and often by untrained providers.” 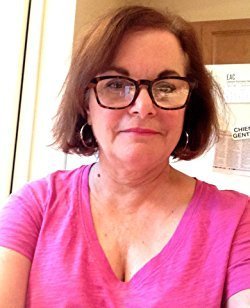 “I respect my readers and try to give them the best story I can. I’m grateful to be doing what I love and I don’t take it for granted. I’m a ‘late bloomer.’ I always wanted to write fiction and dabbled in it here and there before I got serious about it. Still, my first book didn’t come out until a month before my 60th birthday! And that after hundreds of rejections. But I refused to give up!”

While very persistent in her writing, Peg doesn’t feel the need to experience everything she writes about. “I hate to disappoint you,” she said, “but I’m not one of those writers who locks herself in the trunk of the car to see what it’s like. I have a pretty good imagination at least when it comes to how I would feel in that situation. I suppose my funniest story is when I visited a cranberry bog and asked the owner what he would do if a body floated up in the bog. He was speechless!”