You are here: Home / Author Interviews / Behind the story of Mrs. Odboddy and then there was a Tiger
Spread the love

Elaine Faber’s stories have appeared in national magazines and multiple anthologies. She has published seven books. In addition to the Mrs. Odboddy Mysteries Elaine writes the Black Cat Mysteries.

Little known facts are the beginning

“I involve my main character, Agnes, in little known (or barely remembered) historical WII facts. Rationing and issuing ration books becomes a major plot in Mrs. Odboddy Hometown Patriot. American housewives were challenged with cooking meatless meals. Shortages of fresh fruit and vegetables required planting a victory garden and canning fruits and vegetables to supplement their diet. Social gatherings included dances, picnics, and the County Fair. Listening to music on the record player and radio shows provided an evening’s entertainment. TV was a thing of the future. War bonds were vital to the war effort. The war bonds become an integral part of my plot when the war bond money goes missing and Agnes sets out to find it in Mrs. Odboddy And Then There Was a Tiger. I try to weave my stories around the ‘WWII times’ and events, giving the reader a taste of life during this time, as well as providing a fun mystery/adventure.”

“My daughter and her friend asked me to write an episode to ‘pitch’ as a TV series about an eccentric elderly woman who says sarcastic things and gets into trouble with her confrontational personality. I added the WWII era and her provocative habits, pursuing Nazi spies and exposing potential conspiracies. I wrote an episode, and then they said they wanted not just one episode but the whole concept for a year’s programing.” As a result, Elaine wrote the entire book, which led to another and another. She’s now working on the fourth Mrs. Odboddy novel.

With the knowledge that everyone has problems and stress in their life, Elaine wants her books to help her readers forget their troubles for a little while. “I want them to come with me on a somewhat fantasy journey where the good guy always wins. I want my books to help my readers laugh and experience a time quite different from now when people cared more about each other than themselves. Having spent a few hours with nothing in their minds but enjoyment, I hope my reader’s spirts are lifted and refreshed, and they may be better equipped to face their own hurdles.” 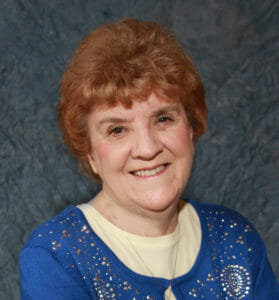 “In researching the WWII era, I found that due to limited communications at the time (pretty much only radio and newspapers), many ‘happenings’ during the war were either kept top secret from the public or limited information was shared. I searched out some of these little known facts and incorporated them into my plot lines. For instance. All the money in Hawaii was replaced with ‘script’ and the real money was burned, but some was smuggled to the USA! Due to rationing, for a time an adult could only buy one lb. of coffee every six weeks. J Edgar Hoover hated Mrs. Roosevelt and had a 2000 page ‘dossier on her. Japan sent 9000 air balloon bombs across the air stream, hoping to set fires and create panic. Japanese submarines attacked at least nine ships along the California coastline in 1941. Men, horses and dogs patrolled the CA and Oregon coastline 24/7.  All these events and more are included in the Mrs. Odboddy series.”