You are here: Home / Author Interviews / Behind the story of Killalot by Cindy Brown
Spread the love 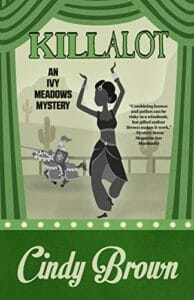 Cindy Brown has been a theater geek (musician, actor, director, producer, and playwright) since her first professional gig at age 14. Now a full-time writer, she’s lucky enough to have garnered several awards. Killalot is the sixth Ivy Meadows Mystery.

“I’ve always liked Renaissance festivals—imaginative costumes, interactive performances, bad jokes, what’s not to love?” Cindy said. “The Arizona Renaissance Festival in particular fascinated me—knights and cacti. I was driving past it years ago when the murder scene in Killalot downloaded itself into my brain. It just took me a while to figure out the rest of the book.”

She also said she likes to explore issues when she writes. “There are a couple of themes addressed in Killalot. One is the importance of community. One of the things I love about theatre is that it’s a collaborative art. It takes a village to make a play happen. From what I know of the Ren faire community, it’s much the same. They work and travel and live together. They may not always get along, but they’re there for each other when it counts.

“Another issue is the tug-of-war between career and family that so many people face. I think that actors—especially female actors—have an even tougher challenge. As Ivy’s friend Candy says in Killalot, “In my experience, an actor with a successful relationship is about as common as a man who does dishes. Our lifestyles are just different from other folks. We keep weird hours. Our schedules change all the time—I can’t tell you how many dates I’ve broken. We work hard, and often for nothing. Plus anybody who gets involved with an actor has got to be pretty damn grounded, enough that they can see you having faux sex with someone and be all right with it.”

Cindy said there was another issue in Killalot that she couldn’t talk about it because it would be a spoiler. However, she she she’d love to hear from readers after they read the book. 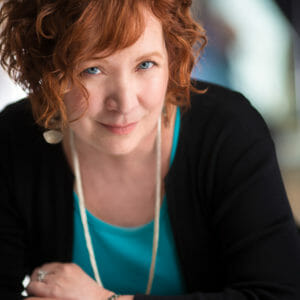 “I write for several reasons, but one is to make people happy,” Cindy said. “I want readers to feel like people are generally good and love is possible and justice will prevail. A tall order, I know, but I do love a challenge. To accomplish this, my books go through several revisions. To begin with, I write two to three drafts, then send it to my wonderful first readers, then do another revision before sending it to my editor at Henery Press. I was just about to send Killalot to my first readers when I realized I had the book all wrong. I do mean all wrong—characters were unlikable, motivations were wrongheaded, the ending was messy—blechh. All wrong. And I had about six weeks before it was due to Henery. Luckily they gave me an extension, and I was able to write the right version.”

Some research jobs are harder than others

“One of the things I love doing is asking people how they’d kill my characters (I swear this is not creepy☺). An example: I knew I wanted a Renaissance Faire jouster to die in Killalot, but jousters are professionals who wear lots of armor. How would that work? I went to Ren faires (tough job, I know) and asked several jousters. They came up with ingenious methods of murder I never could have imagined.

“That said, my favorite research trip is a doozy. Oliver Twisted takes place on a cruise ship. I’d only been on one cruise, and time and money constraints kept me from taking one when I was writing the book. I learned that Holland America is based out of Seattle (just a few hours north of Portland, where I live). When I wrote to them, they offered me a tour—that’s right, I got a private tour of the SS Westerdam when it was in port. How cool is that?

I’d call that a very cool tour. Would you like to learn more about Cindy Brown? Visit her at cindybrownwriter.com.