You are here: Home / Guest Post / A Flapper’s Fashionable Accessories to Murder by Sara Rosett
Spread the love 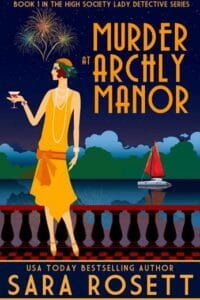 One of my favorite parts of writing Murder at Archly Manor was researching the 1920s, especially the fashions—the cloche hats, bobbed hair, and the short hemlines.

Like every viewer of Downton Abbey, I knew the well-dressed lady didn’t leave home without her hat and gloves. I also learned about some fun accessories that I didn’t even know existed, but they were absolute must-haves.

One of the accessories that came into style in the 1920s were compacts. Makeup had been frowned on in the past, but with improvements in cosmetics, advertising, and changes in cultural mores, attitudes shifted. Wearing rouge, mascara, lipstick, and powder were acceptable. It was also okay to take out your compact and touch up your makeup while in company, so stylish compacts became a fashion accessory.

A young woman could carry a compact in her handbag or she might prefer a dance purse, sometimes called a wrist compact, which was a small decorative handbag, usually made of metal. It opened on a hinge and contained compartments for lipstick, powder, and had space for a latchkey. Some cases were so small they only had space for a mirror and powder, and a fringed tassel hid a case for a lipstick tube. Other compact cases incorporated watches and tiny perfume bottles—handy, don’t you think?

Compacts came in traditional round shapes, but there were also square and rectangular designs as well as one compact that looked like a small handgun, which I absolutely must work into one of the future High Society Lady Detective books! 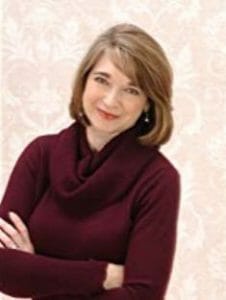 Another accessory I discovered were dress clips. Similar to brooches, they were decorative clips that came in pairs and were usually worn separately and attached to the neckline or straps of a dress. Gorgeous gems decorated high-end dress clips, but after Coco Chanel popularized the idea of wearing costume jewelry, dress clips were also available in less expensive materials like enamel, plastic, and rhinestone.

Dress clips play a part in Murder in Archly Manor as a clue. . .or perhaps a red herring. . .you get to decide. 🙂 A lot of the research I do never shows up in the story (no one carries a wrist compact in the book), but when I can incorporate fashion accessories from the 1920s with murder and mystery, then it’s been a good writing day!