You are here: Home / Author Interviews / Behind the story of Mardi Gras Murder
Spread the love 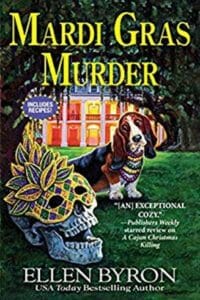 Ellen Byron is the author of the Cajun Country Mystery series. She’s been nominated and/or won multiple awards, including the Agatha, Lefty, and Daphne awards. One reason Ellen is such a good writer is she’s learned to write under pressure, including spending time as a TV writer for series like Wings, Just Shoot Me, and Fairly OddParents. Her latest cozy mystery is Mardi Gras Murder, and here’s the story behind her latest funny mystery.

“There’s a lot of judgy behavior in Mardi Gras Murder,” Ellen said. “Pageant judges literally judging teenage girls for the Miss Pelican Mardi Gras Gumbo Queen contest. A woman feeling judged compared to her more elegant cousin with the impeccable family pedigree. A historical society director dismissing a possible exhibit on the little-known Louisiana Orphan Train because he judges it as low-class, which he colors with a dash of anti-Semitism. The book makes the argument that not only is judgment hurtful and offensive… it can be lethal.”

What do genealogy, travel, and beauty pageants have in common?

“A neighbor who loves to do genealogy and knows I write a series set in Cajun Country gave me a book called From Cradle to Grave: Journey of the Louisiana Orphan Train Riders. I of course knew about the trains that took orphans from the East Coast to the West Coast for years, but I had no idea that from the 1854-1929, a train brought orphans from the New York Foundling Hospital to Louisiana. I also knew I wanted to set a book during Mardi Gras and write about the specific Cajun celebration called Courir de Mardi Gras – Mardi Gras Run. I married these two stories, then added subplots inspired by two other general Louisiana events that I love reading about: gumbo contests and beauty pageants.”

Ellen added that all of the plots in the book are inspired by real events in Cajun Country. “You can visit the Louisiana Orphan Train Museum in Opelousas. Google Courir de Mardi Gras and you’ll find runs in small towns throughout Cajun Country, as well as gumbo contests and beauty pageants celebrating everything from tomato harvests to the Delcambre Shrimp and Petroleum Festival in Morgan City.” 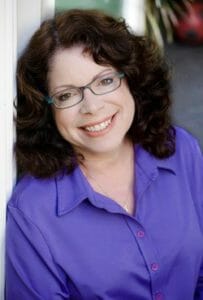 Sometimes, a writer’s research works out. And sometimes it doesn’t. In Ellen’s case, she got lucky while doing research for her  second Cajun Country Mystery, which revolved around the Louisiana tradition of building bonfires on the levee north of New Orleans. The first are lit on Christmas Eve, and the legend is that the bonfires help guide Papa Noel up the Mississippi River to the Cajun children.

“I really felt that I couldn’t write about this tradition without experiencing it myself,” Ellen said. “So in 2015, my husband, daughter and I went to Louisiana for the Christmas holidays. We got invited to a private party across the street from the levee. It was drizzling that night and there was a chance that if the weather worsened, they’d postpone the bonfires until New Year’s Eve, when we wouldn’t be in town. I said a million prayers and the bonfires went on as scheduled. I got soaking wet and covered with soot as I ran on the levee from one bonfire to another. And I wrote all of that into my protagonist’s experience in Body On The Bayou.”