You are here: Home / Scams & Cons / Three tips for your Internet of Things device
Spread the love 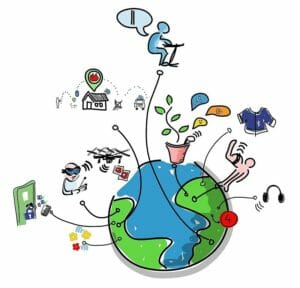 If you’ve bought a “smart device” for your home, you could be helping hackers around the world. The problem began when the first smart devices failed to provide a way to change their default passwords. When the news broke that these devices could be hacked on a massive scale and used in phishing scams, the manufactures slowly made changes to enhance the security of future devices sold.

Those changes only affected future devices, which means millions of devices with default passwords are in use around the world and many are being used on networks for—shall we say, less than honorable purposes. So you have the picture, right?

How to spot the problem

The first question is, do you even have an Internet of Things device? If you’re like me, you take the “security through abstinence” approach and avoid these devices because of their potential security flaws. Is it inconvenient to not be able to dial ahead and tell my home to turn up the heat or turn on the lights? I suppose, but not having those capabilities is a small price to pay for rock solid security.

According to the FBI, Internet of Things abuse is hard to identify, but there are a few signs to watch for, if you even have access to the information. First, do you know what your monthly Internet usage is? My provider doesn’t give me this information, but if yours does, you can watch for a major spike. Similarly, if you pay based on usage, you can watch for a larger than usual Internet bill. Are your devices or your network running slow? This could also be a potential signal of something going on.

Assuming you have vulnerable devices, you may be able to eliminate the problem by doing a few things. The FBI’s list is more comprehensive, but some of their suggestions are beyond the skill set of the average consumer.

3) If you’re notified of a security patch for your device, follow the instructions to install it.