You are here: Home / Author Interviews / Behind the story of Bad Time to Be In It
Spread the love 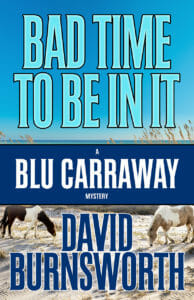 David Burnsworth says he became fascinated with the Deep South at a young age. He obtained a degree in Mechanical Engineering from the University of Tennessee and spent fifteen years in the corporate world before deciding to write a mystery. Bad Time to Be In It is the second book in this series.

“I didn’t set out with a particular issue in mind with Bad Time to Be In It. However, as things sometimes go, several emerged in this book. I believe under the right circumstances, people are capable of doing things they wouldn’t normally do. In the case of this book, one of the main characters gets thrown into a bad situation and reacts poorly. The other part that I found interesting was how the people around him handled things. It drove home the point for me that we really can’t get through this life alone.

“My protagonist is Blu Carraway, an ex-Army Ranger turned P.I. He’s forty-five and still trying to put some aspects of his life back together. His business partner, a nomad biker named Mick Crome, isn’t the best influence for him. I’ve had some readers say that Mick is a powerful character and I’ve thought so as well. I wanted to deep dive Mick’s character and this book gave me the opportunity.” 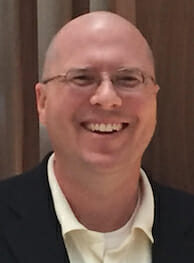 David has lived in the south most of his life, and in South Carolina the longest of any of the four states he’s called home. He said that in his twenties, he was “less than focused” on the right things. “While my past choices might not have been the best for me at the time, they continue to provide fodder for me now. I like writing about the grittier sides of life, the people on the fringes, corruption and greed, and the triumph of good over evil that always comes at a cost.”

He added that he believes the things in life worth doing are not easy. “It’s been that way during my writing journey as well. There have been setbacks such as the need to find another publisher in the middle of my first series. But, I enjoy the process and find a lot of fulfillment in seeing my words in print. Also, being an engineer by degree and trade, I have figured out how to condense the time it takes me to write a book from the six years I needed for my first one to now around ten months.”