You are here: Home / Scams & Cons / The Facebook debacle and what to do about it
Spread the love 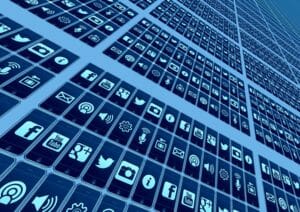 What happened with Facebook sucks. It’s never a good thing when a company suffers a data breach, but when you’re a social media behemoth like Facebook, having someone obtain the data of fifty million customers is a disaster for everyone. Many people closed their Facebook accounts right after the breach was announced. Personally, I don’t blame them. But is that the right thing to do?

You might think Facebook only collects data included in your profile and posts, but that would be only half the story. They also track what you type and end up not posting, what you like, dislike, pages you visit, etc. Pretty much every single thing you do is tracked, logged, and becomes part of a massive record about you.

In addition to what Facebook tracks, there are the apps that allow you to “log in with Facebook.” These apps, once authorized, have been able to authorize other apps. For instance, I figured I had two dozen apps at the most with access to my data. When I checked my profile, I discovered there were ninety apps with access. I’m still wading through the list to narrow it down.

With such massive amounts of information available about millions of users, it any wonder that a company like Cambridge Analytica was hired to influence elections? (They were involved in both the Leave EU campaign to sway the Brexit vote in Great Britain and in the campaign of Donald Trump.)

What can I do to prevent my data from being misused?

The Internet is a wide-open marketplace for user data. With your every move tracked by social media sites, search engines, and websites themselves, the only way to keep your preferences and information private is to unplug altogether. If you’re going that route, throw away your cell phone, too. It’s one of the other ways our activities are tracked.

I doubt if many people will want to unplug completely. I wouldn’t want to. Which means I need to focus on ways to minimize my exposure. Here are three of the top things you can do to

3) Lock down your profile and keep the year of your birth and preferably even the day private.