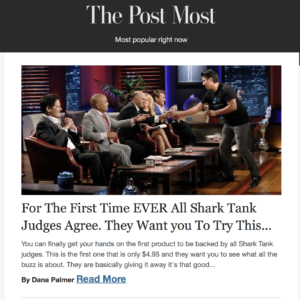 The year 2017 has been one for the record books. We’ve seen a dark-horse candidate elected to the presidency, venerated news reporters accused of purveying fake news, and social media rise in importance as the source of news for millions. Indeed, 2017 may well be remembered as the year of fake news. But, sneaking up on every email user there’s another source of fake news. It’s becoming commonplace and will likely become a dangerous source for spreading malware and computer viruses. Traditional scams are sent via email. But, now we have spammers who use the news cycle itself as a lure for the unsuspecting. Say hello to the fake news email scam.

How the fake news email differs from a traditional email scam

Let’s face it, we all want a good deal. We want to pay the lowest price for the best product we can afford. So, in essence traditional email scams rely on greed at their most basic level. The fake news email differs because it’s appealing to a different quality—curiosity.

The fake news email scam works much like any other phishing expedition. The spammer casts a line, sends it to addresses on an email list, and hopes people will click his link to a fake website. The website attempts to steal information or spread malware. In this scenario, the scammer isn’t offering a better deal on a product, but information. Of course, the information is labeled as either a leak, coming from an insider, early news, or some other ridiculous notion.