You are here: Home / Scams & Cons / Three telephone scams for the holidays
Spread the love 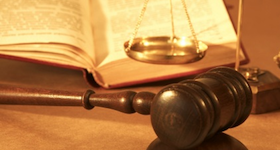 Telephone scams are in full swing across the country with three different types making news in the past 24 hours. These three scams, all reported on Dec. 10, begin with a telephone call.

The hostage scam was reported in Pennsylvania by several news sources, including ABC27.com and The Patriot News. At least six Pennsylvania residents have received phone calls claiming that a relative was being held hostage or had been involved in a car crash. The typical ransom is $2,000. According to authorities, the calls originated from a pre-paid cell phone in Puerto Rico, but Caller ID displayed a local number. Both news sources indicated that similar reports had been filed in other states.

KPVI, an NBC affiliate in Pocatello, ID reported that Idaho Falls Power was warning customers of telephone calls from individuals claiming to be from the power company. The caller demands payment of a past due bill immediately or threatens to turn off the power. In Southern California, Southern California Edison issued a similar warning to their customers in their December bills. Both utilities are advising customers that real representatives of the company will carry ID and will not threaten immediate shutoff by phone. They also recommend you call the utility if you are ever in doubt about how much you may owe.

Soliciting donations for fraudulent charities is a favorite tactic of scammers during the holidays. The Sheboygan Press reported on this scam after the local police department issued a warning to local residents. The bulk of charitable giving takes place between Oct. 1 and Dec. 31. Charities rely on this giving to support their efforts throughout the year. Learn more about fake charities in my featured scam tip here.

Three tips to stay ahead of the con