You are here: Home / Author Interviews / Behind the story of Murder in the Secret Maze
Spread the love

Judith Gonda is a mystery writer and Ph.D. psychologist with a penchant for Pomeranians and puns, so it’s not surprising that psychology, Poms, and puns pop up in her amateur sleuth mysteries featuring California landscape architect Tory Benning. Murder in the Secret Maze is Judith’s first book in the Tory Benning Mystery series.

The beginnings of Murder in the Secret Maze

Judith said she likes to write with three ideas in mind. Her main desire is to entertain readers, but she also wants to show good can triumph over evil and that justice can prevail. “I like to believe that good people outnumber the bad ones. I’m a big advocate of hope, love, and kindness, and my stories reflect this.”

With a daughter who is a landscape architect, it’s no surprise the Judith chose the profession for her protagonist. “I like writing about it because plants and nature are beautiful and calming and the design aspects are fun. I also like the idea of a family business. I’ve co-owned a litigation consulting business in the past and my husband still is involved in his family’s business. The dynamics of family and business are interesting and offer a lot of opportunities from a writing standpoint for conflict and drama.”

Judith has some fond memories of her life in London as a child. “I adored the Hampton Court maze beyond belief. It was the neatest thing and lends itself to twists and turns literally, a nice metaphor for a mystery. I also liked the idea of a missing person because I am drawn to real missing person stories in the news. I become obsessed with the mystery of finding out what happened to them and wanted to create that same interest and curiosity in my story. I feel so much compassion for the families of missing persons.”

For research, Judith read a lot of missing person news stories and tried to model what she saw the real families do in Murder in the Secret Maze. In real life, she said that families often blanket social media with missing person posts. “They need to do this because the authorities sometimes take a while to get on board,” Judith said. “The families have to take on the search themselves. They become obsessed with the quest for truth. Some of them blame themselves for not answering a phone call before the person disappeared or not knowing whether someone voluntarily disappeared to shirk responsibility. They also wonder if they were foolish in spending time worrying and looking for them because some people disappear on purpose. What if they met with foul play because the family member did something? They know time is of the essence and wonder if they should step up their investigation. They suffer so much uncertainty and are weighed down by the psychological toll of not knowing. I tried to capture that uncertainty by showing Tory’s turmoil, and showing that she has to take it day by day.”

The benefits of being a research psychologist

“My training and experience as a research psychologist informs my interest in studying cause and effect. What I’ve learned is there are often many variables working together to bring about a certain outcome. I am fascinated with why people commit crimes and what their motives are for murder, so that fascination is reflected in my books. What drives people to murder? Obviously, there are many different motives for different people in different situations. Because of this, my plots are complicated by a lot of twists and turns. That’s the mystery, finding out the why as well as the who.” 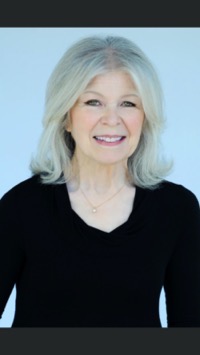 “A few years before I started writing this book my older daughter got married and my mother died a week later. Then the same daughter got divorced only a short time after that. All these events colored my story, particularly the collective impact and the roller coaster of emotions when stressful events hit together. That quick succession of loss is in my book. Like me, Tory’s coping method of choice is denial. I feel personally overwhelmed when stressful events hit all at once so, out of the necessity to not lose my mind, I only let the horror seep in a little at a time, as I adjust to the new reality. Not ideal, but real. Tory does the same thing, flipping in and out of depression and anxiety and her desire for normalcy, illustrated by her suddenly becoming addicted to exercise, seeking therapy, suspecting everyone, and even flirting a little with a handsome character. Life is messy and imperfect. I try to reflect that in my stories so the characters seem real. Also, I think humor is a great tension reliever and occasionally Tory and her BFF Ashley find a little humor in the midst of very dark circumstances.”

“One night when my husband had just left on a business trip, I was home alone and in bed reading into the wee hours. What I first thought was the bass of a car radio became an increasingly louder thumping sound that went on for several minutes. When I peeked through the blinds a guy was trying to break into my neighbor’s car. He was bashing the windows with a rock. To see someone so focused on destruction, methodically, violently, swing after swing, pounding the daylights out of a window with what seemed like superhuman strength was frightening.”

Judith later learned the man was drunk and barely able to stand up. She called their security company, but the man got into the car, stole something, and ran before help arrived. The security officers found the attacker and detained him until the police arrived. Eventually, the case went to trial, but before that, Judith was pulled back in as a witness.

“Even though he was caught red-handed with my neighbor’s possessions, the rookie cop let the guy go. Long story short, they eventually arrested him, with my help I’m proud to say, since a police detective brought a photo lineup to my house for me to ID the suspect. This incident really hit home for two reasons. First, like a fender bender, being a victim of even a minor crime shakes you up; and second, I was surprised at my own reaction in wanting to help catch the perpetrator despite my own anxiety. The approach/avoidance struggle was real. Both of these feelings really informed my story regarding the mixed emotions of a crime victim and helped me write some scenes particularly vividly. Also, the incident showed me that crime results for many reasons. Some is calculated but some is unplanned and a result of a lack of impulse control when under the influence. Obvious, perhaps, but the violence coming from even an unplanned criminal act was disturbing.

“After I viewed a photo lineup of six mug shots and I picked out the guy I saw, the detective interviewed me. I told him all the details I was sure of, and some that I qualified by saying I wasn’t as certain about. When the interview was over the detective told me, ‘you’re the best type of witness,’ even better than some of his rookie cops. If I’d ever had any doubts before this incident, his comments made me feel that writing books where amateur sleuths solve mysteries was really my calling.”