You are here: Home / Author Interviews / Behind the story of Frozen Stiff Drink
Spread the love 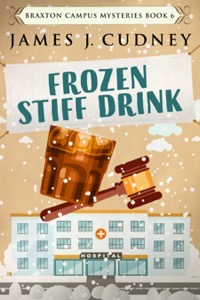 James J. Cudney lives in New York City. He spent twenty years building a technology career in the retail, sports, media, and entertainment industries. He always felt a passion for books pulling at him, however. Frozen Stiff Drink is his sixth mystery in the Braxton Campus Mysteries series.

The issues in life

“My books contain diverse characters and usually address multiple aspects of social concern. They are light mysteries, so I can’t get into dozens of details, but each plot has something people can understand and might often struggle with in reality. In the series debut, we tackled a bit about sports and grading curves. In the last book, a character spent time in an institution, and another returned from the Vietnam War. In Frozen Stiff Drink, the focus is on embezzlement and abuse of political power. Many of us see these things happening around us but can’t do much about them. So… in a way… since we all like to investigate the mystery like Kellan Ayrwick, the main character, readers get a chance to fix a problem while solving a murder.”

James also said he wanted some books in the series to focus on holidays. “I always believe a book is more immersive and entertaining when the setting or time period in its pages takes place around the time you’re reading it. The last book was published right before Halloween and focused on a mysterious ghost. Given the way it ended, I couldn’t easily slide into Christmas and publish a book that quickly, so I decided to focus on a winter theme.”

In colder climates, winter brings snow, which can bring blizzards. Jades said heI had a vision of a blizzard impacting Nana D’s farm right before spring, but realized his readers adore her character. While he couldn’t get rid of her, he could make things difficult. He began with the question of what would happen if she went missing during a snowstorm? “From there, I built a plot around some of her family’s woes and created a mystery to get revenge on a character who got away with something in a previous book. It felt like it all came together, and I am thrilled with the weather effects in Frozen Stiff Drink.”

This is (not) a man’s world

“Writing for a male lead in this subgenre is tough but so much fun,” James said. “I often worry that readers tend to prefer female authors and female characters, as this is the norm. Many male writers use pseudonyms that are female names. Most main characters are not males. When I intentionally decided to go against the norm, I knew it would be a struggle to convince readers why this works, but I was also up for the challenge.”

James believes the books are just as much about the mystery as they are readers recognizing themselves in some of the characters. “That’s why most of the main people in Kellan’s life are women – that’s how I balanced the gender situation. I include all ranges of people with different personalities, shapes, sizes, backgrounds, and needs. The Braxton Campus Mysteries try to show what it’s like for a small town to survive in today’s economic, political, and social climates. Of course, they have more murders than most other places, but… there are tons of friendships, sarcasm, wit, and humor to make the place one I hope people would love to visit.” 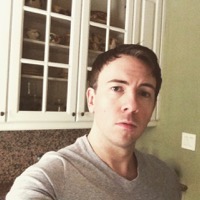 Talking to strangers about murder is…strange

“Deciding how a murder will happen is never easy. Imagine asking questions to people who don’t know you all that well, just to be sure you have the facts straight. In this book, someone is trapped in a snowstorm. We had no snow this season in NYC. So, when I was in Canada, I had to do my research for what it might be like. Toss in some poison and trickery, I kinda thought I was losing my mind for a few minutes with a chicken and egg scenario. Which symptom or results would come first – I couldn’t be sure. And there was no real way to test the murder weapon choice… as I’m not gonna do that for real.”