You are here: Home / Author Interviews / Behind the story of The Garden Club Murder
Spread the love 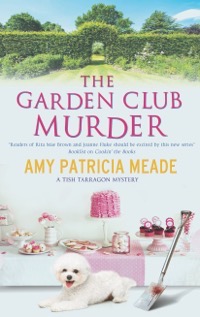 Amy Patricia Meade is an avid cook who says she reads cookbooks as if they were novels. Although she and her husband are American, they currently reside in Bristol, England. Amy is the author of The Marjore McClelland Mystery series, set in 1930s Connecticut. She’s also written The Rosie the Riveter Mystery titled Don’t Die Under the Apple Tree, and the Vermont Mystery Series featuring Stella and Nick Buckley.  The Garden Club Murder is the second Tish Taragon Mystery.

The beginnings of The Garden Club Murder

Amy said the idea behind The Garden Club Murder occurred to her while she and her husband were living in an adult community in Wiliiamsburg, Virginia. “I noticed a man walking a little West Highland terrier who stopped periodically to let his dog relieve himself on neighborhood lawns.

“A few days later, the neighbors ‘visited’ by this dog complained to the homeowner’s association that their neatly manicured lawns were riddled with yellow patches. There was quite an uproar, but as no one knew the identity of the dog walker little could be done other than to post some ineffective ‘Keep Pets off the Grass’ signs. ”

Amy and her husband moved to England before they learned the identity of the dog they’d named ‘The Powhattan Piddler,’ but the incident served as inspiration for the victim in The Garden Club Murder, Sloane Shackleford, and his dog, Biscuit.

Amy said the book is set at the over-60 adult community of Coleton Creek. Like many adult communities, its residents are vibrant and active. “They’re working in their gardens and taking aerobic classes in the pool. In the cases of Jim Ainsley and Pepper Aviero and Orson Baggett and Zadie Morris, they’re dating and falling in love. The Abercrombies are adjusting to their new lives as grandparents and retirees. For Wren Harper, it’s dealing with the loss of a spouse. And for Jules’ friend, Mrs Wilkes, it’s feeling that you aren’t needed as much by your family any longer. I can’t disclose the what happens to these characters, but I try to leave the reader feeling that these are people whose stories aren’t finished yet. Despite some sadness, there’s still hope for them all. These people aren’t packing it in and saying the best years of their lives are over. They’re still learning about and making the best of life.”

The challenge of setting

While writing this book, Amy said she gave herself the challenge of describing the gardens contending for top prize. She wanted the gardens to reflect the personalities of the gardeners tending them, so she included a modern garden with pampas grass and a wall cascade, an English cottage garden, a Colonial garden, a wildflower garden with trees and a small pond, and an evergreen garden. “What I tried to do was not just describe the plants in terms of appearance, but by texture, smell, and the ambiance created so that the reader is transported to these gardens in every sense.”

A foodie at heart 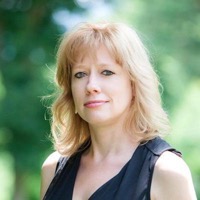 “I love coming up with menus and dishes for the Tish Tarragon series. Cookin’ the Books, the first in the series saw Tish preparing a banquet meal for a library fundraiser, so it included lots of pun-filled menu items: For Whom the Vegan Stuffed Bell Pepper Tolls, Edgar Allen Poe-lenta, the Prime Rib of Miss Jean Brody. The Garden Club Murder features a The Secret Garden inspired luncheon, so there are far fewer puns, but there is a classic English tea/picnic menu finished off with a trio of floral scented cakes.”

Amy said she prepares the menu items at home before writing the book so she can share the recipes on her blog. “That’s probably my husband’s favorite part of the process!   Although the first two books in the Tish Tarragon series do not include recipes, I’m pleased to announce that Tish #3, which is set at Christmas, will include two Tish recipes that readers can try at home.”