You are here: Home / Author Interviews / Behind the story of Blind Sight by Tanya R. Taylor
Spread the love 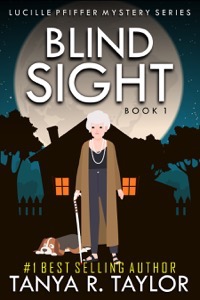 Tanya R. Taylor is the author of several #1 bestsellers on Amazon and published her first book, A Killing Rage, as a young adult. She has worked in the Financial arena and is also a seasoned ghostwriter. Tanya writes in multliple genres including Paranormal Romance, Fantasy, Thrillers, Science-fiction, Mystery and Suspense. Blind Sight is the first in her new Lucille Pfiffer Mystery series.

Blind Sight involves an elderly woman, Lucille Pfiffer, who is totally blind from the physical standpoint. Tanya said, “She lives with a disability that many of us are not familiar with. However, via other means, which she keeps a secret for the most part, she’s able to see things around her. As the protagonist of this story, I show her strength in spite of her disability; the willingness for her to not just focus on her issues, but stand up for the sake of and fight for those she loves. I hope Lucille’s life offers inspiration and hope to everyone who has to face some sort of challenge in their lives that in spite of shortcomings, they too can make a difference in their society, just as Lucille does.”

The inspiration for a blind protagonist originated when Tanya’s father was dealing with glaucoma. “My father has now passed away, but I was trying to find remedies to help improve his vision. It was something that was at the forefront of my mind and it just so happened that one day as I was outside in a parking lot waiting for my daughter, the idea popped into my head about this older lady being completely blind, but yet being able to see what was going on around her. She ultimately proves to everyone that even though she has a disability, she’s not hindered by it and can even unravel puzzling mysteries that might otherwise remain unsolved. I sat there in the car, pressed the record button on my cell phone and created the plot.” 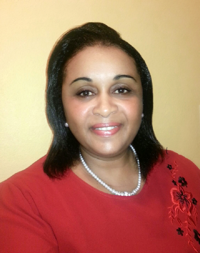 Tanya also said that she loves to write. “I do so with passion and heart; always trying to insert a theme that can be beneficial to someone in some way. I also enjoy research to get things right. Once, while I was in the process of writing a crime thriller years ago, I visited the local morgue and also spoke with the pathologist.”