You are here: Home / Author Interviews / Behind the story of Past Due for Murder by Victoria Gilbert
Spread the love 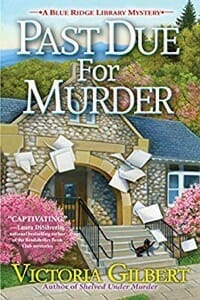 Victoria Gilbert is the author of Past Due for Murder. Victoria was raised in the shadow of the Blue Ridge Mountains and turned her early obsession with reading into a dual career as an author and librarian. This is the third book in the Blue Ridge Library Mystery series.

The beginnings of Past Due for Murder

“As someone who’s enjoyed performing folk music with friends, I’m a great believer in preserving local history and culture,” Victoria said. She added that she based the idea for the “mountain lights” from the lights seen at Brown Mountain in North Carolina. “This mysterious phenomenon is well documented in the folklore of the area. I transplanted this to a more northern section of the Blue Ridge Mountains, which is where my series takes place.”

Victoria wanted to acknowledge the belief in fairy creatures that many original immigrants to the area brought with them. “This allowed me to offer a touch of paranormal activity. My first two books in the series include hints of other types of “unexplained phenomenon” – which the reader can believe in or not as they choose – so I wanted to be consistent with that aspect of the series.
I also wanted to include folklore and folk music from the mountains. To add historical context to the book, I included scenes that highlight the importance of preserving and continuing folk traditions.”

Victoria also said she is not addressing a specific issue in Past Due For Murder, but did touch on topics such as discrimination against LBGTQ individuals. She also said, “While I touched on those issues, this book is primarily focused on the plot’s mysteries – both historical and contemporary – and the series’ evolving character relationships.”

“I grew up in a small town at the foot of the Blue Ridge Mountains in Virginia, and I’ve definitely drawn on that experience in creating my fictional town of Taylorsford. In addition, I’m a retired librarian, and I use that background in depicting my protagonist, library director Amy Webber, as well as the work she does at the Taylorsford Public Library. My background in art and music has also heavily influenced the plots of my books. Another influence is my age—as someone over sixty, I like to include older characters who are involved in the action and who possess a lot of agency, and also have love lives!” 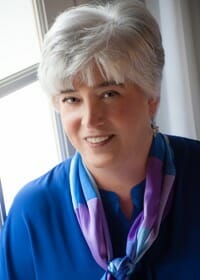 Research — now, and way back when

“I enjoyed my research into Appalachian folklore and folk music, and learned quite a bit more about the stories that have been passed down through generations living in the Blue Ridge Mountains. I even bookmarked a few of the more interesting sites for future writing projects. As someone who also writes fantasy, I believe this is an untapped resource for worldbuilding. Instead of focusing on the typical European ‘knight and castle’ type of inspiration, these stories from the mountains could provide a basis for a unique fantasy world.”

Victoria said that as a former librarian, she has conducted a lot of research for others as well as herself. She conducted her first “online” searches in the days when the search needed to be written in a computer language called SQL. For those that don’t know, SQL expressions resemble algebra expressions, but with words instead of numbers.

“One thing I will always remember is being in library school many years ago and learning how to conduct SQL searches in one of the only databases available at the time – DIALOG. There was no such thing as Google at that time, so we actually had to create SQL expressions offline and then upload our search strings so that we could run a search in the database. Since this was during the time of dial-up, and every minute online cost money, it was always a race to upload a string and get results in the shortest time possible. If you made a mistake in your SQL expression, you could ruin an entire search.

“At my library school, there was one lab all the library science students used to conduct these searches, and it was often filled with colorful language and even tears when searches failed. We were only allowed a certain budget for our searches so there were a lot tense people yelling ‘Log out!’ ‘Log out now!’ every few minutes.
It was not much fun, but it did provide us with great training for the future. To this day, I understand online searching better than many people because I understand the basic ‘architecture’ of search expressions and operations. For instance, when you use a Google-type search, an automatic ‘or’ is placed between two words unless you enclose the two words between quotation marks. Tip: If you want more precise results for a specific search phrase, especially when searching for individuals by common first and last names, this technique can be very helpful in weeding out extraneous hits.”