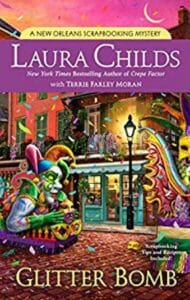 Call me crazy, but I just love to write villains. Villains are nasty, vile people who sneak stealthily into my very first chapter, create havoc, murder some poor unsuspecting character, and then, while the crowd howls bloody blue murder, they scamper away scot free. Horrible.

Or is it? I regard villains as a dreadful but wonderful catalyst that kicks a murder mystery into high gear. Villains are generally driven by rage, revenge, money, or political ideology and it’s always up to an author’s main character to ferret them out, do considerable battle, and bring them to justice (usually kicking and screaming).

Villains are also a pure delight to write. My villains tend to be characters that blend in seamlessly. Many times they’re not even included in my main character’s list of suspects. Yet, when confronted, villains become a hissing, loathsome, wretched ball of fury.

Let’s take a look at a few of the all-time classic villains:

Annie Wilkes in Misery by Stephen King. No date on Saturday night? No problem. This bipolar nurse discovers a battered and bloody writer, hobbles him, and keeps him as her personal pet.

Anton Chigurh in No Country for Old Men by Cormac McCarthy. Amateur philosopher and nihilist, Chigurh is more unstoppable and frightening than any of the Terminator machines.

Nurse Ratched in One Flew Over the Cuckoo’s Nest by Ken Kesey. A very bad lady on a power trip. She holds absolute sway over the men in her ward, keeping them drugged-out and humiliated. 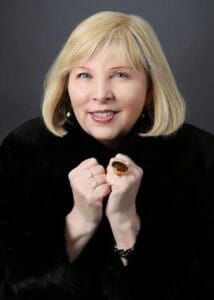 And then there’s Voldemort from Harry Potter by J.K. Rowling. This guy is pure concentrated evil. Be careful not to spill a single drop.

To give you a subtle hint, my villain in Glitter Bomb, my newest Scrapbook Mystery, is an easy going, mild-mannered fellow that nobody suspects until the bitter end. But maybe you can figure out his role from this quick synopsis:

Mardi Gras in New Orleans is in full swing when the King Neptune float explodes, sending a plume of glitter into the night sky and killing a hedge fun bigwig. Scrapbook maven Carmela and her BFF Ava have front row seats to the mayhem – and get pulled in when Carmela’s ex, Shamus, becomes a key suspect. Running her own shadow investigation, Carmela tries to clear Shamus while dodging the watchful eye of her fiancée Detective Edgar Babcock. Haunted cemeteries, fashion show, sports car rally, and hungry alligators round out the humor and mischief.

Thanks for reading me!

Laura Childs is the New York Times, USA Today, and Publisher’s Weekly bestselling author of the Scrapbooking Mysteries, Tea Shop Mysteries, and Cackleberry Club Mysteries. Recently, Book Riot named her mysteries to their list of “25 of the All Time Best Cozy Mystery Series.” In her previous life Laura was CEO of her own marketing firm, authored several screenplays, and produced a reality TV show. She is married to Dr. Bob, a professor of Chinese art history, enjoys travel, and has two Chinese Shar-Pei dogs.