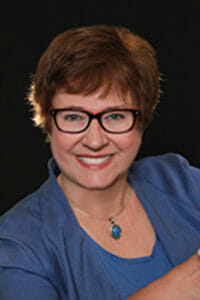 Most people think of the following when they picture central Florida: Disney World, alligators, beaches, sunshine, heat, palm trees, oranges, retirees and tourists. All of those would be true. They actually exist, and the state’s promoters have excelled in spotlighting them.

But there is more to this region, and that’s what I’ve attempted to incorporate into the setting for Craks in a Marriage, the first of my Mah Jongg Mystery cozy series. Let’s start with the climate, because it is one of the key reasons why many relocate to this state. There is very little snow and ice in Florida. However, on the flip side, it also gets hot. And humid. That starts in May and lasts until November. (Actually, we’re seeing record highs in February as I write this.) Those who live here during those months spend most of their time indoors in air conditioning.

But the rest of the year is near-perfect with almost continual sunshine, balmy breezes, and even livable humidity. Sure, it does get cold, relatively speaking. Some nights the temps plunge below freezing, which means covering the citrus crops. There is even a version of fall, when some of the trees lose their leaves.

The rainy season starts in June and goes through most of the summer. During that time, you can pretty much expect a daily downpour in the afternoon. It comes fast and furious but can be over almost as quickly. There is one drawback to this time of year, though. Lovebugs, because they typically fly in tandem as they mate. During the brief time they’re around, they’re a real headache, especially when they fly into your car. 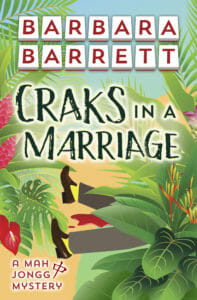 As recent history attests, Florida is subject to hurricanes, some years more than others, like 2017. They can come from either the east from the Atlantic, up from the south, from the Caribbean, or from the Gulf of Mexico in the west.

The state is virtually flat. The Floridan aquifer underlies the whole state with the land close to the water table. Numerous springs and lakes flow from the aquifer. Few roads are straight because they run into water.

Given the year-round warmth and heavy rainfall at certain times of the year, vegetation abounds. If not held in check, it can overtake the land. Gardening is popular; landscaping is essential.

There are three chief industries. Bet you can guess two, tourism and citrus, but did you know the third is cattle? The state had and has its own share of cowboys, although they were called crackers, in reference to the sound made by their whips as they steered their herds. The gentle climate and flat landscape are conducive to the industry. Several large ranches can be found in the area.

Craks in a Marriage features some of the above. For instance, the victim is the owner of an orange grove. In recent months, his neighbor, a rancher, has worried about his future access to water, which flows from springs in the orange grove. The victim’s body is found near the town’s large lake in vegetation just off the running path. Future stories will incorporate other aspects of this part of the country.

What: This month, Barbara is giving away one ebook copy of “Craks in a Marriage” and I’m adding one $5.00 Starbucks gift card. One random entry will be chosen as the winner. Winner will receive a book and a gift card.