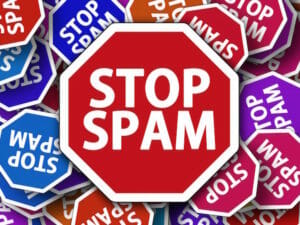 Xarelto lawsuit settlement scam emails are flooding inboxes, bringing with them the possibility of further harm to those who believe they may have sustained injuries from the prescription of this blood thinner. What makes these emails especially troublesome are the pending lawsuits against Janssen Pharmaceutical and Bayer Healthcare about the safety of Xarelto.

What’s behind the Xarelto lawsuit settlement

Xarelto was approved for use in the US in 2011 by the FDA. Since its approval, patients taking the drug have been injured and/or died. The lawsuits maintain there is a clear link between the affected patients and Xarelto. The lawsuits also state patients were not properly informed of the risks associated with this drug.

Attorneys are aggressively marketing to potentially injured patients as they file suits in court. In a very short period of time, I found five attorneys who had websites or web pages dedicated to informing the public about the drug, the associated risks, and, of course, their services in representing those who feel they have been injured. One of those attorneys has gone so far as to set up a Facebook page about the Xarelto lawsuit.

As usual, those behind the Xarelto lawsuit settlement emails are preying on a current stressful situation as they attempt to lure victims into their phishing net. This scam may have been triggered by recent increased marketing efforts on the part of the manufacturers to maintain market share. Increased advertising by a company, of course, raises the awareness level of consumers. The increased level of awareness trickles down to those who make their living sending spam and phishing. The bottom line is if you have received an email regarding the Xarelto settlement lawsuit, discard it.

As I mentioned, there’s at least one Facebook page already set up to bring in clients. Whether the firm behind this page is legitimate, I don’t know. There are also user groups set up on Facebook for those who have used the drug. My suggestion is to approach all advice and referrals from social media cautiously because, in reality, you never really know who you’re dealing with unless you know them personally.