You are here: Home / Books - Featured / Review of ‘The Talk Show’ by Joe Wenke
Spread the love 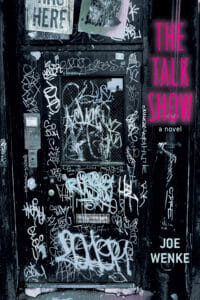 Jack Winthrop is hired by Abraham Lincoln Jones to help launch a new campaign called “The Emancipation Tour,” which is intended to bring radical change to America by meeting directly with the people. When a gunman tries to kill Jones, Winthrop becomes concerned that his unconventional family, which includes an LGBT activist, strippers, and a vegetarian bouncer who seldom resorts to violence, might also be targets.

Soon, Jack is being stalked by the gunman, whom he realizes is Speck, a man who hung out at the “Tit for Tat,” the strip club jack calls home. Jack receives threats against his life and that of Abraham Lincoln Jones. When Jack writes an article about the shooting, it becomes front-page news and unleashes a barrage of media inquiries and publicity for the tour.


As the opening date of the tour approaches, Jack sees himself becoming a tabloid hero. He also is convinced that another brush with death may be unavoidable. The question is, will he be able to help find and stop those out to kill Jones before it’s too late?

“The Talk Show” focuses on gender issues, but also attempts to show how everyone needs acceptance. While set around a strip club in New York, Jack and those around him demonstrate a need for love and family. Most entertaining are the interactions between Jack and Abraham Lincoln Jones himself, which can be uproariously funny, albeit sprinkled liberally with “the f-bomb.”

While more social commentary than hard-core thriller, those who are drawn to LGBT issues may find “The Talk Show” of strong interest.