You are here: Home / McKenna and Me / The Next Big Thing
Spread the love 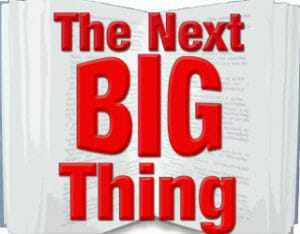 The Next Big Thing is a blog chain in which participating authors answer ten questions about their current work in progress or upcoming publications. A friend of mine, Susan Furlong-Bollinger tagged me in this ongoing blog chain. You can stop by the Books Gone Viral blog at  booksgoneviral.blogspot.com and learn about her forthcoming cozy mystery “Murder for Bid.”  You can also read more about Susan on her website at www.sfurlongbolliger.com.

So, thank you Susan, for including me in your line-up of tagged authors. I’m happy to get the chance to talk a bit about my writing and my soon-to-be-released novel, “License to Lie.”
Here are my answers to “The Next Big Thing” questions:

What is your working title of your book (or story)?

Where did the idea come from for the book?

License to Lie came about after a conversation about how men and women perceive the world differently. I immediately thought of a novel in which two characters experienced the same events, but gave their separate interpretations.  It evolved past that premise into a book with alternating chapters using a “he said, she said” format. The characters don’t necessarily experience the same events, but they are working toward the same goal.

What genre does your book fall under?

License to Lie would be considered a novel of suspense.

Which actors would you choose to play your characters in a movie rendition?

What is the one-sentence synopsis of your book?

Never trust a soul…even your own.

Will your book be self-published or represented by an agency?

License to Lie will be published by Oak Tree Press in mid December.

How long did it take you to write the first draft of your manuscript?

The first draft of License to Lie took six months to finish.

What other books would you compare this story to within your genre?

This is a very difficult question to answer because the concept of dual protagonists runs against the conventional wisdom of “Thou shalt only use one protagonist.” In License to Lie, both characters have equal roles and the story is about how they both change, not just about one of them. However, of those books that are currently out, the difficulties the characters face in trying to avoid the obvious attraction that exists between them reminds me of “The Other Woman” by Hank Phillippi Ryan.

Who or what inspired you to write this book?

Oh my gosh, this argument is as old has the hills. It’s Mars vs. Venus; the war between the sexes; the difference between what he said and what she said. It all comes back to the same premise, I.e., men and women think, act, respond differently to situations as do those who come from opposite sides of the law. I wanted to bring that into play.

What else about your book might pique the reader’s interest?

Here’s the tag line for the book: With $5 million and their lives on the line, can a determined criminologist and a beautiful con artist learn to trust each other—or themselves?

Here’s some information about the talented writers I’ve invited to participate in The Next Big Thing blog chain.  Watch for their posts next week—December 3rd through December 10th.
Lisa Kessler’s debut novel, “Night Walker,” was a 2012 Booksellers Best Finalist. See what this dynamic paranormal author is up to next on her blog at Lisa’s Lair.
Clark Lohr’s “Devil’s Kitchen” was an edgy crime-fiction novel that put his characters into danger and love. See what Clark’s got up his sleeve on his web site at clarklohr.com.
Pam Ripling’s first book was “Locker Shock,” a middle-grade mystery about which one reader said, “The characterization is superb of today’s teenagers.” Pam is working on her next book, “Angel’s Gate,” so stop by at Beacon Street Books at beaconstreetbooks.com next week to learn more.
Jill Shure is a veteran writer who dabbles in different genres. From 1930’s speakeasies to current-day sassy and sexy crime fiction, she’s covered them both. Find out what Jill is up to when she posts on Facebook.
Brae Wyckoff has just released the first book in his fantasy-adventure series, “The Orb of Truth.” Brae will post on his blog at orboftruth.blogspot.com.
Spread the love