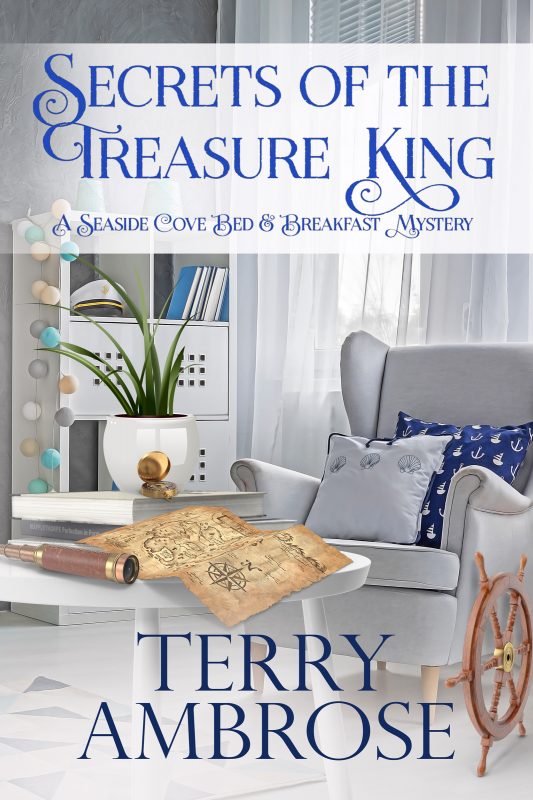 A lost treasure ship. A web of lies. A murdered ship captain. Can a father-daughter duo unravel this mystery before a killer escapes with a secret worth millions?

The Seaside Cove rumor mill is buzzing about the captain of The Treasure King. He claims to know the location of the San Manuel, a four-hundred-year-old sunken Spanish galleon with a cargo worth millions. And now, he’s dead, the victim of a speargun attack.

When the police ask B&B owner Rick Atwood to consult in the investigation, he has mixed feelings. Consulting for the police is not the problem. He’s done it before. The problem is his eleven-year-old daughter, Alex.

Alex is fearless, precocious, and fueled by a strong sense of girl power. She’s also convinced the cops will never find the killer without her help, so she launches her own investigation—and quickly becomes a candidate for Seaside Cove’s youngest felon.

Now, unless Rick can solve the case with the clues Alex found illegally, his daughter might face charges of breaking-and-entering, the treasure of the San Manuel will be lost to pirates, and a killer could get away with murder.

A Treasure to Die For

Clues in the Sand

The Killer Christmas Sweater Club
Preview
Disclosure of Material Connection: Some of the links in the page above are "affiliate links." This means if you click on the link and purchase the item, I will receive an affiliate commission. I am disclosing this in accordance with the Federal Trade Commission's 16 CFR, Part 255: "Guides Concerning the Use of Endorsements and Testimonials in Advertising."