You are here: Home / Guest Post / Off the Grid guest post by Robert McCaw
Spread the love 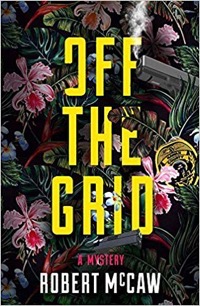 Nostalgia For An Old Hilo Ritual

By Robert B. McCaw

My Hawaiian mysteries are set on the Big Island of Hawaii, where my protagonist, Koa Kāne, is the chief detective of the Hilo police. Hawaiian geography, history, and culture play important roles. So in a way, the Big Island and Hilo, themselves, are characters in Death of a Messenger (2015), Off The Grid (2019), and Fire and Vengeance (to be published in 2020).

Hilo Hawaii was first settled by Polynesian explorers around 1100. With little archeological evidence, its early days are chronicled only in ancient chants and legends. Those chants and legends are fascinating and informative, but even an abbreviated telling of the rich oral history they represent would require more time and space than available here. But like most of the Hawaiian Islands, we do know much about Hilo’s recorded history which begins when Willian Ellis and a group of missionaries first visited and established the Haili church in a grass hut in 1823.

There are countless threads to Hilo’s subsequent history. One might follow the lives of the Reverend David Lyman and his wife Sarah who built a boarding school attached to Haili church or the Reverend Titus Coan, who learned the Hawaiian language, so he could spread the gospel and expand the Haili congregation.

One of my favorite threads, though, revolves around Suisan, a seafood-marketing enterprise formed by local Japanese merchants and fishermen in 1907. It encapsulates many aspects of Hilo’s turbulent 20th-century history. Hilo sits at the back of a broad V-shaped bay where the Wailuku and Wailoa Rivers enter the Pacific ocean, and where fishing has always been a key local industry.

Suisan opened its famous fish market and over the years grew into a successful business. However, its prosperity faltered during WWII when the military seized property owned by Japanese, interned many Japanese residents, and barred others from fishing. After the war, local Japanese fishermen reinvigorated the company, but disaster struck again when in 1946 a devastating tsunami destroyed much of the Japanese fishing fleet, as well as the Suisan fish market itself.

Rebuilding and regrouping again, Suisan recovered only to be devastated again by another tsunami in 1960. With repairs to its fish market now located near the mouth of the Wailoa River, Suisan continued to grow, modernizing its facilities and expanding to the Kona side of the island. Today, it prospers as the Big Island’s major supplier of seafood. 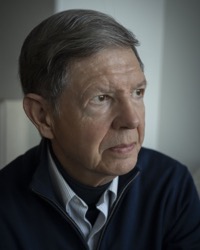 I discovered this Suisan thread into Hilo’s history just after dawn on a chilly morning when I first crossed Lihiwai Street to the weathered one-story Suisan storefront and fish market where a crowd had collected around a big open-air stall at one end of the building. Unshaven fishermen in grungy overalls and knee-high black rubber boots mingled with drivers from trucks scattered along the street. A few tourists joined buyers from the island’s restaurants, hotels, and grocery chains.

The fishermen and women, grizzled from years on the open ocean, sipped quart-sized cups of takeout coffee and swapped sea stories while eyeing each other’s catch. In this market, as much as anywhere in the islands, multilingual pidgin filled the air, mixed with the smells of steaming coffee, saltwater, and fish offal.

Neat rows of ribbed fiberglass pallets held ‘ahi— whole black tuna, weighing anywhere from seventy-five to 250 pounds each. Smaller ‘ahi, grouped head down in twenty-gallon white plastic buckets, would be sold in lots. Mustard-colored mahimahi, some over six feet long, lay side by side on another row of pallets.

Amidst this colorful scene, the auctioneer, a giant Hawaiian, over seven feet in height, towered over the next tallest man, and his outsized head, bald and shiny, gave true meaning to the phrase “a head taller.” He wore a threadbare T-shirt, blood-stained blue jeans, and snowshoe-sized black rubber boots while wielding a short-shanked gaff like an extension of his hand.

Time after time, the auctioneer’s gaff shot into an ice chest and jerked back, dragging a hundred-pound ‘ahi into the air. With a flick of his wrist, the giant man affixed the fish to an electronic scale suspended from a ceiling track. A helper called out the weight to another worker, who wrote it and the owner’s mark on a slip of paper he slapped onto the fish, using its natural moisture as glue. Then one of the auctioneer’s helpers dragged the freshly weighed tuna to an empty place next to its kin on a pallet and, using a small circular tube-knife, extracted a small cylinder of meat for the buyers to sample.

When all the fish had been laid out and the buyers had checked the quality by “tasting sushi” from the samples cut from the fish, the auction proceeded fish by fish. Helpers wrote the name of each winning bidder, along with the price, on another slip of paper attached to the fish. Settling up with the house, the winners then carted their prizes off to restaurants and supermarkets. The fishermen got paid for their catch.

Unfortunately, economics caught up with Hilo’s Suisan auction, and although the company continues in business, it no longer holds auctions at its Wailoa market. Yet, that auction and the auctioneer live on in my Koa Kāne series of Hawaiian mysteries. I named my fictional auctioneer—over seven feet tall, dressed in a threadbare T-shirt, blood-stained blue jeans, and snowshoe-sized black rubber boots—Hook Hao. The story of how he became a police informer is told in my first novel, Death of a Messenger. He becomes one of protagonist Koa Kāne’s best friends in the subsequent book, Off The Grid (2019) and plays a tiny role in Fire and Vengeance to be published in 2020.