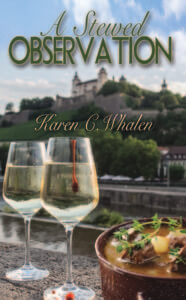 Dreams are almost always related to goals. In fact, I would say all dreams are goals. But not all goals are dreams.

You’re working toward your college degree? That’s a goal. It might be a dream, too, but not necessarily. You’re applying for a job to earn enough money to pay off that car loan. Goal. You’ve landed the coveted teaching position—and tenure—that’s a worthy goal and a dream come true!

I always wanted to write, but thought I’d better major in journalism in order to support myself. Goal. I worked as a paralegal for thirty years, and loved it, but never forgot my dream of writing, so I wrote a column for a national paralegal magazine. Still not my dream, though. 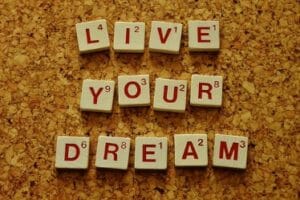 So, I sat at my computer for eight hours on Saturdays for about nine months and wrote a first draft of a novel—a cozy mystery. That was my dream, but I was only working toward it. I could not realize my dream until I began to write every day, getting up at 5:00 a.m. to write for two hours before leaving for work, then going to part time work in order to write two full days a week, then leaving that part time job behind to write full time. Okay, I had the job for thirty years, but I was still too young to retire. At least I thought I was too young, but they threw me a surprise retirement party anyway.

But I’m not retired! I’m following my dream. I may have come late to it, but I’m working hard to make my dream come true. 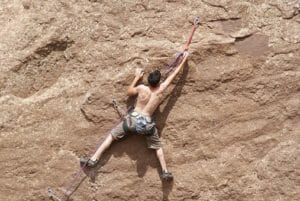 Some famous people are quoted as saying that you need to believe in yourself to follow your dreams. I guess that’s true, but you can quote me as saying if you don’t work hard, kicking and splashing and whatever else it takes, you aren’t going to make the cut. All the believing won’t make it so. You need to push hard, then push harder, even if it feels like you are climbing a dangerous uphill battle. 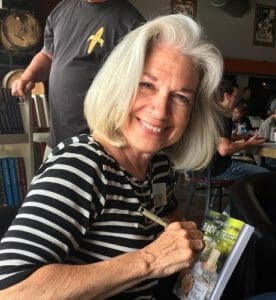 Achieving your dream is your goal. Don’t call it a dream. Call it a plan. Don’t just talk about it. Work for it.