You are here: Home / Archives for interview 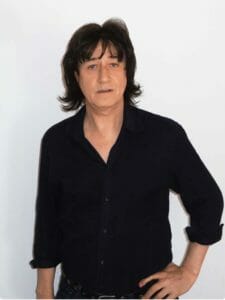 I recently had the chance to interview Dr. Joe Wenke, an outspoken and articulate LGBTQ rights advocate, social critic, and observational satirist. Dr. Wenke is a frequent contributor to the Huffington Post and his recent commentary about hate crime laws drew a strong response from those both for and against hate crime laws. I typically focus on scams, but this topic definitely fits into any discussion about crime, so I decided to include it here.

Wenke believes that our laws reflect our values. He said, “As a society we need to stand up against hate. We need to do everything we can to deter and punish it. Most haters who assault or murder people out of hatred for the group they belong to would not commit the crimes of assault or murder to steal a wallet. They’re not muggers or thieves intent on stealing something of monetary value from another human being. They don’t care about your wallet. They want to beat the crap out of you or kill you because you’re black or Islamic or gay or transgendered. Their violent crime is not a means to an end—getting your wallet–but an end in and of itself—namely, getting you. If they are deterred from acting out their hatred, they are unlikely ever to engage in a violent criminal act at all.”

The responses to Wenke’s commentary were often highly opinionated and could make anyone second-guess their commitment. He said, “It’s not part of my makeup to feel that way, although, like everyone, I do get discouraged at times. I also get angry at the hatred that is directed at LGBTQ people in the name of religion. Most of all I feel afraid for people who are targeted by haters because of who they are. Personally, I fear for people I love who are in those groups. I worry about them every day.”

With a vocal minority on both sides of the issue, the question is which way is public opinion headed? Toward strengthening or weakening hate crime laws? Wenke said, “I think it could go either way. There is a lot of opposition to hate crime laws and a lot of reasons why people oppose the laws. Some people argue that hate crime laws are unnecessary or redundant. They’re not. We need to impose additional penalties on people who commit violent crimes against people because of the groups they belong to, groups that have been historically discriminated against and targeted.

“Some people argue against hate crime laws because they say that there is no proof that they deter. Well, we don’t repeal laws because people violate them or because we can’t prove their deterrent value. If we did, we’d have almost no laws on the books.

“People who oppose hate crime laws are very vocal. All of us who know how important hate crime laws are need to speak out and help ensure that they remain in force while also advocating for continuing education against hatred and bigotry and in favor of freedom and equality for all people.”

Wenke noted how difficult life becomes for victims of hate crimes. He said “When you are a victim of any violent crime, it’s a life-changing experience. You feel vulnerable. You feel at risk. You feel disempowered. It’s even more devastating if you weren’t the victim of a random attack but were targeted because of who you are.”

So how can people who have been targeted avoid becoming a victim? Wenke said, “I think the only thing that people can do is to stand up and refuse to be victimized. We all need to speak out and to be advocates, to be activists. We need to pursue activism as an act of survival and as a way of validating our humanity and renewing our self-esteem.” He added, “Haters are committed to their hatred. We need to be even more committed to combating their hatred and to promoting freedom and equality throughout our country. Those are our values. We need to defend them.” 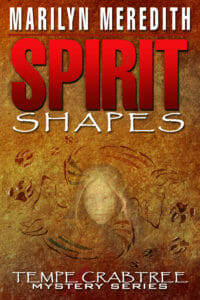 The conventional wisdom for authors is to write about what you know. Instead of doing that, Meredith chose to write about a subject she wanted to know more about. She said, “Though I am not a Native American, I have always been fascinated by their mystique. When I moved to the foothills of the Southern Sierra I learned we had an Indian reservation as a neighbor. I became friends with a young Native woman and she eventually became the role model for Tempe. I’ve had a great time learning more about the history of the tribe I write about (though I’ve fictionalized them), the reservation, their history, their legends, and how things are changing for them.”

One of the difficulties in writing about a different culture is making sure to get the details correct. Meredith feels that she’s accomplished that goal because of feedback tribal members have given her. She said, “One of the characters in the book, Nick Two John, I fashioned after a real Native American man who I hadn’t met but seen at various events. One day he called me to say he’d read my first book in the series, Deadly Omen. My immediate thought was, ‘Oh no, he recognized himself.’ Thankfully, that wasn’t it. He wanted to tell me that I’d gotten what I’d written about the Pow Wow in my book right.”

Meredith has more than 30 published novels to her credit and likes to think of herself as an entertainer. “I don’t begin writing a book with any issue or argument in mind,” she said. “Mainly I want to entertain my readers. I’m writing fiction though I know some of my beliefs and life experiences filter through my writing, I am not trying to make a point about anything.”

As a writer who focuses on keeping readers entertained, Meredith needs to focus on making her books as authentic as possible. She first makes sure that she understands her subject, then begins to write. She said, “Whenever I begin a new book, it takes me a while to submerge myself into the place and people I am writing about. When it finally happens, I don’t have any trouble writing because the characters take over.”

In “Spirit Shapes” ghost hunters stumble upon a murdered teen in a haunted house and Deputy Tempe Crabtree’s investigation encompasses ghosts and evil spirits. So, how did she decide to write a book about ghost hunting? Meredith said, “Lately, I’ve been reading about our local ghost hunter setting up tours in an around our area. I thought it might be fun to write about a ghost hunter. Because this is a Deputy Tempe Crabtree mystery of course there is a murder for her to solve and some Native American mysticism.”

“Spirit Shapes” is Meredith’s 13th book in the series and she feels that it is growing richer with each new book. “My characters have grown and changed,” she said. “Even though this is a series, I write each book to be complete.”

To learn more about Marilyn Meredith, the Deputy Tempe Crabtree series, or her Rocky Bluff PD series, visit fictionforyou.com. Enter Meredith’s contest to have a character named after you in the next Deputy Tempe Crabtree mystery by leaving a comment on this post. On October 9, look for Meredith at smsenden.wordpress.com.